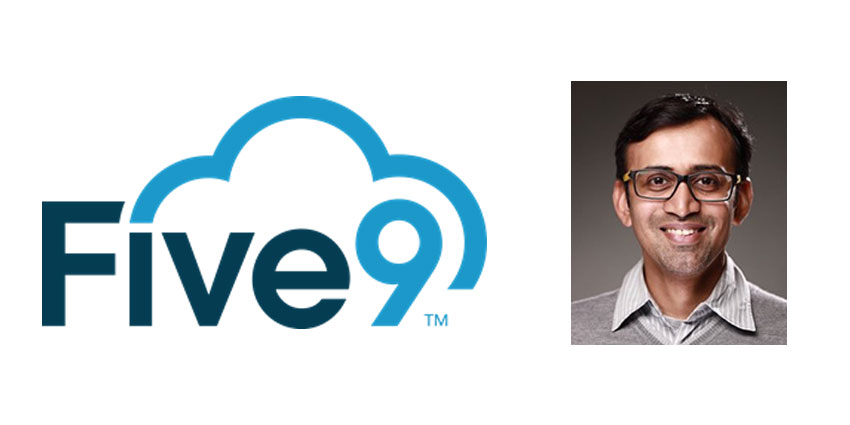 Five9, a leading provider of cloud contact centre solutions for the intelligent contact centre environment, have announced an important update to their leadership team. Anand Chandrasekaran has taken on the role of Executive Vice President of Product Management. Before accepting the role with Five9, Anand recently held a position as Director at Facebook, focusing on the popular Messenger Platform. In his new role, he will be overseeing the roadmap, strategy, and lifecycle of the robust Five9 portfolio of products.

Anand Chandrasekaran will be reporting directly to CEO, Rowan Trollope, and he’ll be based at the Five9 headquarters in San Ramon California. According to Trollope, Chandrasekaran’s track record of success in developing high-quality and innovative products, combined with his background in strategic communications, make him a fantastic addition to the team.

The new perspective that Anand can bring to Five9 should also complement Five9 as the company strives to improve the contact centre experience that they offer their customers.

A Strong Background in the Industry

Anand Chandrasekaran comes to Five9 with an incredible background in the communication industry. He has spent more than 17 years building high-level products and leading organisations. During his time with Facebook, he spent around 3 years overseeing the developer ecosystem associated with the Messenger software. Upon Chandrasekaran’s departure, the Messenger environment already had 300,000 active bots, complete with 8 billion messages exchanged between consumers and businesses.

Before working with Facebook, Anand was the CPO of Snapdeal – a leading eCommerce company in India with annual gross sales of more than $9 billion. Additionally, he helped to co-found Aeroprise-  a business which quickly became the most-deployed solution in the world for IT service management.

Anand holds a bachelor’s degree in communication engineering which he obtained from the PSG College of Tech in India. He also has a Masters in Electrical Engineering earned from Stanford University. Anand was named Young Global Leader in 2010 by the World Economic Forum too.

Looking forward to the Future

Commenting on his new position, Anand Chandrasekaran said that he’s a firm believer in the importance of customer relationships in the current marketplace. He thinks that AI can help humans to win the war for customer service excellence and make support opportunities even better. Anand’s belief in the power of technology drove his innovative work with Facebook, and it will also help him to bring a unique insight into the executive team at Five9.

Chandrasekaran says that he is looking forward to joining the Five9 team and working with them to elevate customer experience in the contact centre. Anand is just the most recent member of the exec team at Five9, which recently also received the new arrivals of Jonathan Rosenberg, the former VP and CTO of Cisco Collaboration, and David Pickering, former VP of Engineering for Intuit.