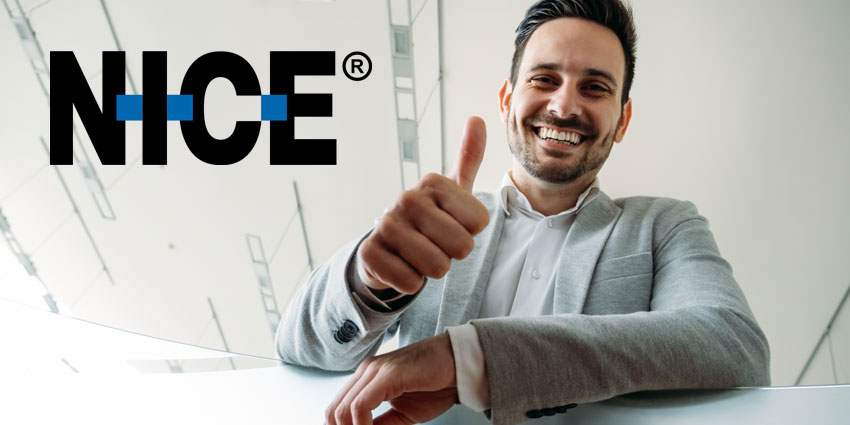 NICE, one of the world’s leading providers in on-premises and cloud enterprise software solutions, recently announced the findings of its new “State of Automation in Customer Service” report. The survey, which addressed the changing nature of the workplace, found that employees are beginning to see and embrace the benefits of Robotic Process Automation and that they’re willing to use these tools to deliver better service experiences to end-users. More than 2,000 employees across the US and UK were surveyed to receive the results for NICE’s report.

NICE began the survey to look at the impact that RPA solutions can have on both customer-facing and back-office roles for today’s employees. The research revealed interesting things about the state of work.

Replacing the Need for Repetition

One of the biggest insights from NICE’s recent study came in the revelation that more than half of all respondents were still spending 50% of their workday on repetitive tasks. These jobs are frequently a source of frustration for team members, and can even lead to poor engagement, and turnover. A quarter of the respondents also said that 75% of their day is devoted to repetitive tasks. 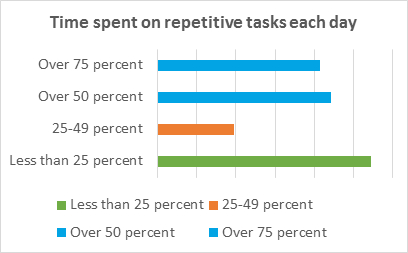 Around the globe, organisations are beginning to see how important it is for their professionals to do strategic work, rather than focusing on monotonous processes. Adopting robotic processes would mean that companies can finally give their employees more time to concentrate on value-driven responsibilities that require the judgement and creativity of the human mind.

Another finding from the NICE report was that the influx of data in the business environment is leading to new and advanced opportunities to deliver better customer service. However, it’s often difficult to act on this data. Around 33% of respondents said that they would like to automate the process of pulling data from systems, while another 28% said they would like to automate form filling. 26% said that they would automate the process of checking data accuracy.

The desire for automation around data-based tasks was particularly strong among back-office employees. 42% of UK back-office workers said that RPA would help them to process data more effectively, and therefore provide the kind of customer service demanded by today’s customers.

The Benefits of Automation are Growing Clear

According to NICE’s research, both employees and managers are starting to see the benefits of RPA. However, they have different drivers pushing them into the space. For instance, 34% of managers in the US believe that RPA would help their company to deliver stronger customer experiences. 31% of the respondents in the UK thought that RPA would enhance the sales of the company and save them money. Both US and UK respondents believed that RPA would also help with reducing errors and improving compliance in the workforce. 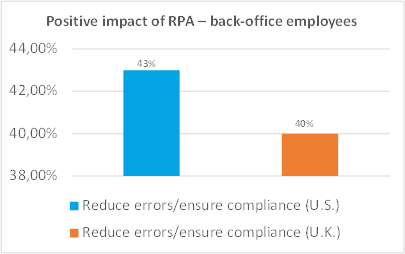 The president of NICE enterprise product group, Barry Cooper said that the recent survey highlights the changing mindset towards RPA in the customer service space. People are becoming more accepting of the idea of robots and automation in the workplace now that delivering exceptional customer experiences is essential.