Enghouse on moving the contact centre to Microsoft Teams 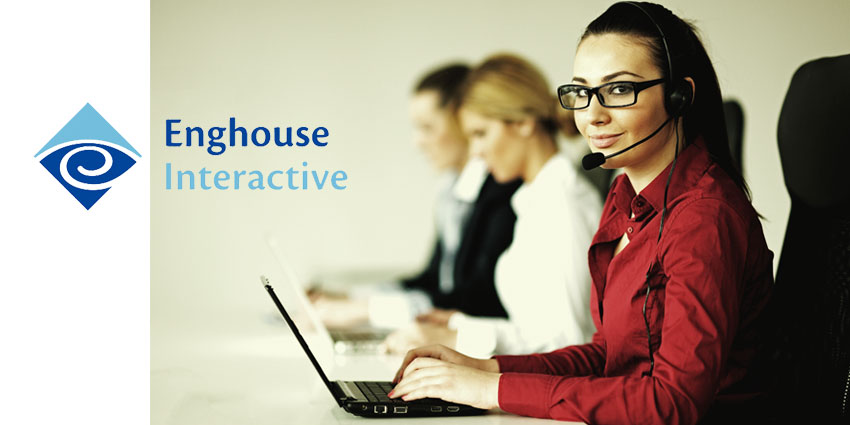 Collaboration is one of the biggest buzzwords in the communication industry today. Companies everywhere are searching for solutions that allow them to enhance and improve the conversations between their employees. One of the most popular tools for this move to a new collaborative strategy, is Microsoft Teams, the flagship tool from Microsoft.

However, Microsoft Teams isn’t just a solution for supporting collaboration in the office or enterprise. Used correctly, Teams can also be a powerful addition to the Contact Centre environment, particularly when you have the support of a contact centre innovator like Enghouse Interactive. I spoke to Alex Black, the CTO of Enghouse Interactive, to find out his thoughts on transitioning to a Microsoft Teams contact centre.

Tell Us About Yourself 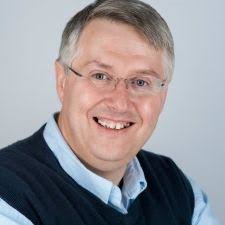 Enghouse Interactive is a leading name in the customer communications sector, often commended for their pioneering approach to the contact centre. Enghouse offers ways for companies to differentiate their service, gain feedback from customers, and develop agile strategies for digital transformation. What’s more, the Enghouse Interactive brand has a strong history with Microsoft, making them an excellent partner for any Teams transition.

Alex Black is the Chief Technology Officer (CTO) of Enghouse Interactive. He told me that he began his professional life designing airplanes and that he only started to get into technology when computer-aided design tools emerged on the market. “I ended up working with an IT company, and gradually getting deeper into communication systems. Eventually, I moved completely into the telecoms sector and ended up working with Enghouse when it was a much smaller company. That’s how I ended up with the CTO position.”

Today, Black has been the CTO of Enghouse for over 8 years, and he’s responsible for product technology strategies and driving development.

How Long Have You Been Working with Microsoft and Skype?

The Enghouse relationship with Microsoft goes back a number of years. Alex told me that the company had been working with Microsoft for at least 11 years now and that they had begun building their relationship in the early stages because they believed that Microsoft would become a major contender in the communications space.

“We were involved with Microsoft, and it’s communication solutions long before they even had Lync. We also had various close relationships with product teams and R&D development groups too. We knew that they were going to end up being a massive player in the space, and that was something that became increasingly obvious after they acquired Skype. When Skype for Business emerged, we were heavily involved with that. We launched the attendant console as a standalone product and worked with Microsoft on APIs for Skype online contact centres.”

Black noted that the Microsoft and Enghouse relationship had been maintained for a number of years and that currently, Enghouse has around 600 contact centres using Skype for Business alone. “We also have a number beyond that using the attendant consoles.”

What Challenges Do Companies Face in Getting an SfB Contact Centre?

To get an idea into the kind of support that Enghouse offers Microsoft customers, I asked Alex what kind of challenges the average mid-sized business using Skype for Business would face, if they were looking to build out their contact centre. He told me that the problems present today are quickly diminishing.

“Microsoft didn’t come to UC like a traditional voice vendor. They decided they were going to revolutionise communication through software, while most competitors were focusing on hardware”

Alex said that in many ways, software is often much more flexible and powerful than hardware, but it’s not always as predictable, and that lack of predictability is where most of the early challenges for businesses taking Skype for Business to the contact centre came from. “However, over the years, Microsoft listened to feedback from us, customers, partners, and competitors, and made it easier for Skype to Integrate into the contact centre. Now, the experience is more predictable and simple than it once was.”

According to Black, one thing to keep in mind is that the integration experience will always change depending on the size of the business. “Integrating 100 users is very different to integrating 10,000 agents. However, we have an edge because we’re used to handling complexity.”

While integrating Skype for Business in the contact centre might be simple, many companies are already worried about the impending transition to Microsoft Teams. After all, Teams is a very different experience to Skype for Business. I asked Alex how Enghouse would help their customers make the move, and he told me that when he first came to Enghouse, the team put a strategy in place for their products to protect against migration problems.

“We believed that a lot of migration was going to happen over the years, so we decided to architect all of our products to run with various infrastructures underneath. That meant that people could easily move from Cisco to Skype or vice versa. We’re taking the same approach with Teams. We’ll support Skype and Teams in the same environment, so customers can transition seamlessly, with a migration path that suits them.”

Black noted that some of their customers may even choose to take a hybrid approach to the transition, keeping some of their components on-premise, and moving others to the cloud.

Have You Seen an Appetite for Teams in the Contact Centre?

According to Alex and Enghouse, there’s definitely an appetite for the experiences that Microsoft Teams can offer in the contact centre. “Last march, when Teams moved out of Beta, we moved the entire product side of our business into Teams. We did face a few integration challenges, but we learned a lot. We wanted our teams to be aware of what to expect with the move to Teams.”

Black noted that although businesses might not move their entire company to Teams in one go, they can use Enghouse Interactive to move in parts. “I can see more businesses moving to Teams for collaboration and communication in the years to come, then naturally bringing it into the contact centre after that. The contact centre may be the last thing to move, but it will get there.”

Alex went on to say that Microsoft Teams has become such a fundamental part of his business operations, that he no longer holds any conferences through Skype for Business. “Teams really makes my life a lot easier when I’m travelling and need to stay in contact with employees back home.”

Enghouse Interactive is currently in the process of working with Microsoft to improve the integration options available for Microsoft Teams in the contact centre. “We’ll be launching an API product in March, and Microsoft is working hard behind the scenes too.”

“As Microsoft continues to evolve its solution, we’ll be working on our integration options in parallel with that”

According to Alex, the reason that Teams will end up in the contact centre is simple. “The front, middle and back offices of the businesses are emerging. Today, Teams allows front-end agents to interact with back-office skills, and that will be crucial in the future.”