My Home → Contact Centre → Genesys vs Avaya: Genesys Speaks Out about Avaya’s Exit from Bankruptcy

Genesys vs Avaya: Genesys Speaks Out about Avaya’s Exit from Bankruptcy 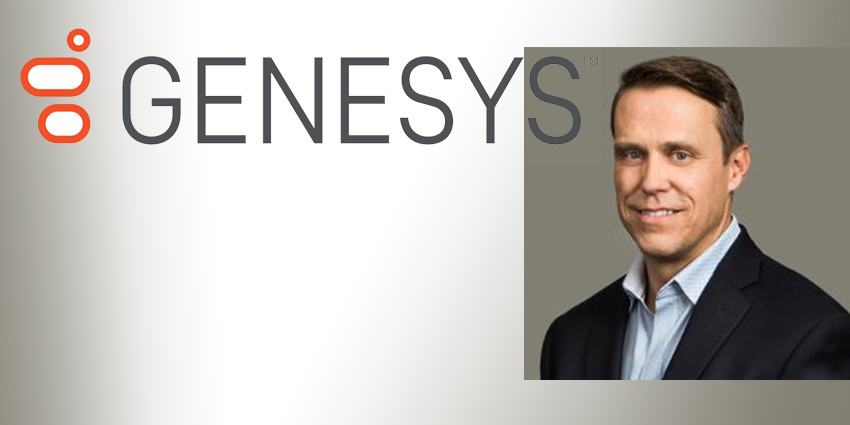 In November, Avaya announced that they would be ending their 11-month journey through Chapter 11, ready to start 2018 stronger, and with more possibilities than ever before. Jim Chirico, the CEO of Avaya announced that it was an incredible next step for the company, and a testament to the strength of the brand as it continued to earn customers through a difficult trading period.

Now that the new year has arrived, Avaya officially have the flexibility and resources they need to invest in the growth of their contact centre and Unified Communications solutions. However, Genesys believe that the “new” Avaya may not be built to last. According to a recent blog post written by the Genesys CEO, Paul Segre; Avaya have been in a state of decline since long before their application for bankruptcy.

The article outlines the fact that Avaya’s market revenue has been in decline for the last five years, while it’s R&D spend has been going down instead of up – indicating that there may not be enough investment in new solutions for the organisation to drive the company forward in the marketplace. We spoke to Keith Pearce, the SVP of Genesys, to get a deeper insight into the opinions of the rival company, and where Genesys are heading in 2018.

Tell Us a Little Bit About Genesys

Keith Pearce has been involved with various different areas in the Unified Communications space, from sales and marketing, to speech recognition and more. Today, he works as SVP for Genesys, a 25-year-old pioneer in the industry of contact centre communications. Genesys earned its fame in the marketplace by designing solutions that could route interactions based on agent skills. “That seems like a trivial thing now, but it was a fundamental change in the day. Another thing our founders did was write code that connected computers and phone systems together.”

For Genesys, the goal from the beginning has been to make communication more efficient.

“We’ve had some big acquisitions in recent years, but our focus on experience remains the same. Over the last 5 years, we’ve had 15 acquisitions – the most recent being the purchase of Interactive Intelligence.”

The purchase of Interactive Intelligence happened at a time when people in the industry were looking for new ways to differentiate their brands with customer experience. The acquisition actually happened just before Avaya announced their Chapter 11 bankruptcy, which opened up a great opportunity for Genesys in the space.

“It felt like the stars couldn’t have aligned any better. People were looking for an alternative to Avaya in the marketplace, and our purchase of Interactive meant we could offer an end-to-end solution that included options for the mid-market, as well as the enterprise.”

Keith told me that the Genesys strategy hasn’t just been to poach Avaya customers, but educate and inform them on their path away from Avaya and into a different system. When Avaya announced their entry into Chapter 11 in January 2017, Genesys had an all-in-one solution available that meant that customers didn’t have to replace their entire legacy platform, but move over at a time and pace that suited them.

“As you know, there’s always been challenges around offering a real end-to-end solution for customers, and we felt that we could offer a really valuable alternative to Avaya customers because all of our systems can be handled in the same place. We’re offering a huge amount of value to people who want reporting consistency and accuracy, and reconciliation for a single view of the customer experience.”

Keith noted that the Chapter 11 bankruptcy seemed to push a lot of Avaya customers into making a change.

“People were already looking for more than Avaya could offer, and the filing was the last straw.”

“Like cloud, for instance. It’s not a choice anymore for most companies, and Avaya didn’t have a cloud migration strategy in place. That’s where we have a great story – we have an architecture that can be cloud, hybrid, or on-premises depending on what our customers want.”

What Does a Strong R&D Budget Mean to You?

One of the biggest points outlined in the recent Genesys blog, is that Avaya’s R&D spend is decreasing, rather than increasing. Genesys believe that this is a sign that the company isn’t moving in the right direction.

“In our opinion, R&D is the thing that frames the new frontier of a platform, and how new technology can be implemented.”

For Genesys, R&D is a significant investment, and the thing that has helped the company to achieve a rich set of platform features over the years.

“In a world where digital transformation (DX) is becoming more important, R&D investment is the first step into intelligent customer interactions that allow companies to get rid of the things that are frustrating or upsetting their customers. If you don’t have enough of an R&D budget, then your customers end up getting stuck in a very unpleasant space.”

Genesys believe that the biggest push in 2018 will be the focus on better customer service in every area of the customer lifecycle.

“I think a lot of confusion today is whether engagement comes from the CRM, or the contact centre provider. As you know, there are only a few great contact centre vendors out there, and some of them are already struggling to deliver a complete end-to-end solution. I think that CRM vendors will need to start consolidating with contact centre solutions to support this era of customer experience (CX).”

Keith also commented that he believes a build vs buy approach will begin to enter the marketplace now that Amazon has become a player with a very light feature set.

“There’s an opportunity there to build your own platform if you have the right IT staff and a strong enough budget.”

What Do You Think Will Happen with Avaya?

In light of the recent blog post, I asked Keith to give me his insight into what he believes will happen next in Avaya’s journey through 2018. He suggested that it’s tough to make accurate predictions, but he believes that the people with the controlling interest in Avaya right now are the people in debt, looking for a quick way to make their money back.

“I think decisions will be made in an effort to pay off debt, so you might see maintenance price increases and things like that.”

Additionally, Keith suggested that Avaya might begin to explore CRM relationships more aggressively so that they can achieve a more preferential share in the marketplace, by giving CRMs access to the abilities they don’t yet have.

“Avaya need to get out of their voice-only solution area and get more analytical and digital abilities in their portfolio. They haven’t got long to prove to their stakeholders that the business can now stand up by itself.”

Keith finished our conversation by saying that Genesys are looking forward to an interesting time in the current market, thanks to the trend of digital transformation, the arrival of new capabilities, and AI.

“For us, it’s less about focusing on the Avaya story, and more about continuing to be the best Avaya alternative for our customers.”