BICS urges brands to be prepared 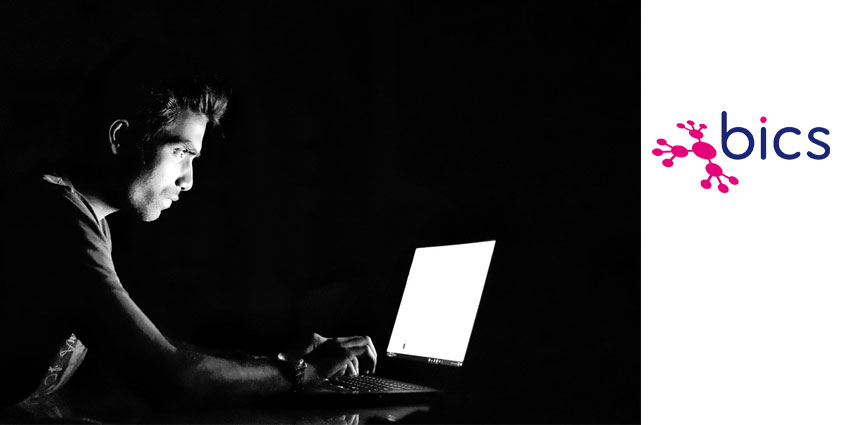 As companies of all sizes go through a period of transformation thanks to the impact of globalisation, there’s a lot of focus on achieving key terms like innovation and growth. One such opportunity is the transformation of communications, both for employees and customers around the world. Many businesses have already turned to the cloud to help unify their communications and lower costs. But they are failing to pay attention to one of the most critical aspects of this new operating environment – protecting it against fraud.

BICS is focused on helping service providers, digital operators, and enterprises proactively combat cloud communications fraud – which, through its growth in recent years, has become the perfect environment for fraudsters to target. To discuss the steps that businesses should take to prepare for the future, we spoke to Katia Gonzalez, the Head of Fraud Prevention at BICS. Katia is also a Chair for the i3F Fraud Workstream.

The i3F Fraud Workstream began as a group of wholesale carriers establishing how to migrate their IP solutions on a global basis. However, when these companies saw the depth of the issue regarding fraud, they decided that they had an obligation to deal with it. The group then began to build guidelines on combating fraud, to help companies and operators move in the right direction.

What’s the Most Popular Kind of Fraud You See Today?

Katia’s background, both as Head of Fraud Prevention at BICS and chair for the i3F Fraud Workstream, puts her in an excellent position for a complete overview of the marketplace. She’s been working in telecoms for around 15 years, with a huge focus on fraud and protection.

“BICS realised early on how significant the problem of telecoms fraud was in the marketplace. We decided that we had an ethical role to play in helping protect against it.”

“The fastest growing fraud issues we see today in terms of money loss and financial impact is misuse of cloud communications services. However, there’s a big problem out there in the form of phishing and end-user attacks that damage the overall reputation of brands, too”

While phishing and similar attacks might not put as much money at stake, they do have a huge impact in terms of image damage and potential churn. When customers feel unsafe with a company, they will look elsewhere, no matter what services and solutions they offer.

Is There a Bigger Impact Anywhere Geographically?

Since BICS is a global carrier, people like Katia have an excellent overview of the worldwide marketplace. “We have a broad range of customers in America and Europe, as well as in developing regions. Regardless of location, fraud hits everyone equally.”

However, while the broad threats associated with telecoms fraud are universal, Katia noted that different parts of the world have more specific issues to deal with. For instance, the UK is the world’s biggest target for fraudulent telecoms traffic. Despite regional differences in the management and ownership of phone numbers, and in the threats posed to them, all countries are dealing with fraud almost in the same way.

“We do hear less about fraud in the middle east, but that might just be because there’s less communication around it.”

Are Fraud Attacks on the Rise?

There’s one survey in the marketplace today, according to Katia, that examines the current state of fraud, and it’s created by the Communications Fraud Control Association, or CFCA. This survey runs every two years and it shows that, recently, we’ve seen an overall reduction in telecoms fraud, although younger segments within the industry, such as cloud communications, are witnessing an increase.

“At BICS, we’ve also seen that each fraud event has become more significant. The scale of these attacks has grown very quickly and very intensely, particularly for digital service providers. For example, a conference services provider was recently hit by fraudsters who misused their global conference services. The attack went on for two months, resulting in a massive amount of fraudulent traffic to the value of $480,000. Being able to proactively combat these threats and identify them as soon as they appear has become both an operational and financial necessity.”

According to Katia, fraudsters are finding new loopholes in companies that are less aware of what unified communications fraud looks like. After all, digital service providers are more likely to focus on customer acquisition and customer service than fraud. Addressing this problem means having a proactive monitoring system in place that pulls from large sets of historical data necessary to identify and combat fraud effectively, which BICS facilitates via its extensive relationships with mobile network operators around the world.

I was keen to hear from Katia on the future of fraud, and how she thinks the environment will change going forward. She told me that the CFCA has only just finished compiling new data sets for the survey. “What I’ve seen lately is that we have more large-scale cases to deal with. I think that the reason behind this is that there is an uptick in the use of cloud communications for fraud in all regions.”

The picture around fraud isn’t the same as it used to be according to Katia, and that’s a major driver of change. BICS and groups like Katia’s i3F Fraud Workstream are striving to help companies and service providers of all backgrounds figure out a better way to overcome fraud and fight against it. Going forward, Katia believes enterprises and digital service providers will choose to enlist the help of experienced and traditional telcos in proactively preventing telecoms fraud.

“We’re talking about an industry-wide problem. It’s going to take a collaborative effort to resolve”