Talking Team Apps with Fuze: The Rise of Collaboration 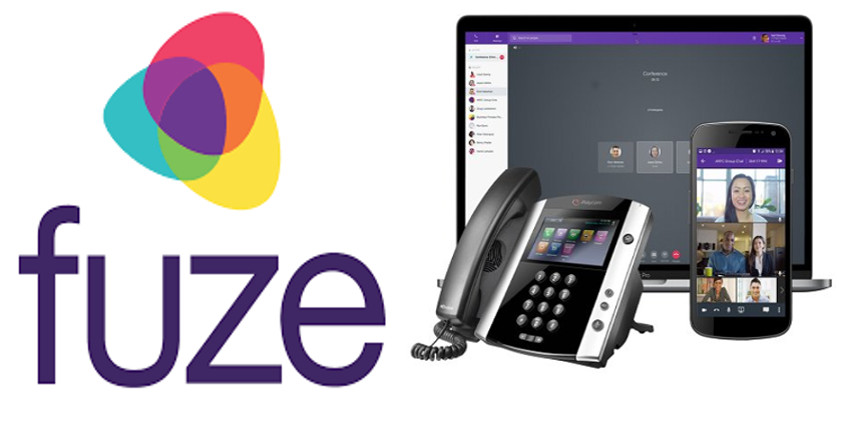 Fuze, one of the industry leaders in cloud-based communications platforms, recently received the “Leadership” status for the second year running with the Aragon Research Globe for UC&C. As such, I thought they’d have some useful insights to give into the state of collaboration in the workforce and the rising importance of team messaging applications.

For years now, Fuze has offered customers the chance to tap into a more consistent and productive user experience across a range of devices. With the opportunity to hold meetings with dozens of participants in quick and simple collaborative offerings, Fuze has taken an innovative approach to adding simplicity and convenience to the way people interact and get their best work done. We spoke to Eric Hanson, VP of Product Marketing, to discuss where Fuze is heading.

Is Team Collaboration the Email Killer we Thought?

Eric told me that his background is somewhat unique in the UC industry. He came to Fuze from the media and entertainment industry, where he had worked on award-winning movies, and with artists from around the globe. He was in that industry at a time before there were collaboration apps, and one of the reasons he came to Fuze was that he wanted to solve the problem of team collaboration.

“Our typical workflow in those days involved cobbling together the free apps we could find. Today, I think there’s still a similar disconnect in the UC experience that needs to be rectified. Collaboration has reinvigorated the way we think about unified communications, and it could have the potential to replace email. However, I think the real promise of collaboration app, is the ability to achieve immediacy in communications which can help accelerate moving from idea to the delivery of any product or service.”

For Eric, collaborative tools are all about making the experience of speaking to team members as convenient as turning in a chair and talking to someone sitting right next to you, no matter the location of the team. In the past, email and traditional communications and collaboration solutions haven’t been able to offer this level of instant connection, but the modern approach of team apps could.

What are your Thoughts on Team Apps Going External?

One thing to consider when it comes to communications is that not all the conversations a company has will happen internally. Despite this, we haven’t properly federated team applications. Eric told me that Fuze spends a lot of time thinking about the growing nature of the enterprise.

“For us, it’s about enabling people to do their best work together when they can’t be in the same location. In that world, your enterprise isn’t just your full-time employees, it’s your vendors and independent contractors too.”

Currently, the UC apps available in the marketplace are all small islands. People use Skype but then also buy WebEx, etc. There is overlap in functionality and neither the experience nor the data associated with usage are connected. “We have conducted industry research for the past three years, publishing a number of reports on the transformation that is occurring in the workplace. What we found was that most organizations are using between 12-14 different communication and collaboration solutions,” stated Eric.  For workers this creates friction in the way they interact with their peers. For the organization it can create redundancy in services and can negatively impact the bottom line. Eric continued, “Workers don’t want to negotiate over which tool to use as they kick off new projects. They don’t want to think about the tool, they just want to get their work done.”

For Fuze, internal and external communication needs to be something that provides user flexibility and enterprise scalability and security. They feel that today’s work force needs a seamless method of working with external parties that is consistent with the way they work internally. They believe that this is going to be the way forward for companies looking to retain the best talent and stay ahead competitively.

The Team App with No Name

One of the interesting things about the Fuze team application is that it doesn’t have a fancy name to set it apart on the market. There’s no “Teams” or “Spark” involved. Instead, Fuze’s system is just called “Fuze” and that’s something that the company has done deliberately. “We’re making it a natural part of the Fuze experience because our belief is that communications shouldn’t be siloed. Team apps have become just another part of the way that we interact. You shouldn’t have to think about them so much.”

Fuze conducted a study a while ago and found out that team chat is just one of the common solutions that people expect to be available in their unified communication applications. They’re not necessarily willing to pay extra for it – they expect it to be a natural part of their communication solution.

“We’re moving in a world where VoIP is basically free, and we don’t think that chat should have a premium in this scenario. The UC&C suite that we’ve been exploring for years now is a much richer experience, and supporting team collaboration is just part of the package.”

I asked Hanson to give me his interpretation of the top priorities for CIOs today when it comes to team collaboration apps. He told me that he doesn’t think CIOs think of team applications as something they need to go out and get – they’re simply something that appears in the company, and the CIO has to deal with it. “IT leadership know that workers have an appetite for team apps, and they need to think about incorporating it in a secure and effective way. Collaboration is just another way that enterprises enable the workforce to interact.”

Fuze believes that CIOs are focused on helping their workforce to act as productively as possible, through the right tools. Historically they’ve been evaluated on their ability to deploy technology.  This is changing and today the modern CIO is being measured on the business impacts of their decisions, beyond just cost. From this perspective, understanding adoption and productivity become critical for any investment. “Employees are the enterprise’s most valuable assets, and they need to make sure they’re properly supported with the right tools that they want to adopt.”

Eric told me that he thinks it’s all about driving the business forward in a strategic way, building the right tools into the right applications. “Some analysts talk about digital dexterity today as something that involves reducing the number of apps, but not necessarily reducing to a single app. We think a little differently. To us, reducing apps is just a compromise. The end goal is to recognise that data is king, and the only way to manage it properly is to have it all on one platform.”

Fuze believes in delivering digital dexterity and giving their customers the support they need to embrace new concepts like AI and machine learning. They feel that the future of communication and collaboration needs to be a truly “unified” experience.