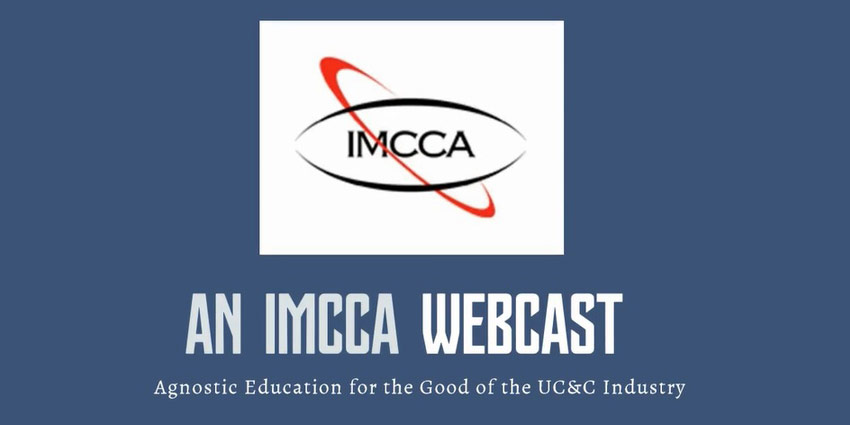 The IMCCA, a leading voice for the UC&C (Unified Conferencing and Collaboration) industry, for more than twenty years, has announced the first three of a growing series of events to support the collaborative conferencing industry as people embrace working from home during the current pandemic.

Webcasts will highlight the UC&C industry’s response to the crisis, the industry topics that would have been discussed at recently postponed conferences, and – in the first of its kind – a virtual global ‘meal’ experience to support the thousands of people now forced to work from home.

Analysts and experts scheduled to appear on the webcasts include Omdia’s Tim Banting, Frost & Sullivan’s Roopam Jain, Kelcor’s Brent Kelly, IT Influencer Evan Kirstel, Nemertes Research’s Irwin Lazar, LetsDoVideo’s David Maldow, Shen Milsom & Wilke’s Mark Peterson, Comfusion’s Blair Pleasant and more. Poly’s and The IMCCA’s David Danto, will host the sessions, which will discuss and analyze the industry’s response, the future of remote working, and the state of the collaboration industry as it would have been presented at any number of recently cancelled events.

The webcasts will be recorded and posted to The IMCCA website’s video section. They will be available shortly after recording today, Tuesday March 17th and on Thursday March 19th at approximately 3pm EDT (7pm GMT).

In addition, The IMCCA, with the help of the Zoom Video team, will be hosting a live webinar on Wednesday March 18th at Noon EDT (4pm GMT) to provide support and camaraderie to all those that have been forced to work remotely. Described as a “virtual brown-bag meal to support and celebrate each other as we work from home” the event will bring together anyone interested in feeling less alone during the current difficult conditions. It will begin as a webcast with a handful of panellists, but then, during the 90 minute duration, everyone who wishes to join and speak will be “promoted” to panellist one at a time so they can have their say and take part the discussion.

“The IMCCA has been the non-profit organisation supporting and promoting collaborative conferencing for more than twenty years,” said Carol Zelkin, Executive Director, IMCCA.

David Danto, Poly’s Director of Strategy and Research and The IMCCA’s Director of Emerging Technology is hosting the events. He explained that,

“The expert webinars will provide important and interesting discussions, and our virtual dinner for EMEA / lunch for the Eastern US / breakfast for the Western US and midnight snack for any sleepless souls in the AsiaPac region will be a sort of controlled chaos that helps people understand that we are all in this together.” Danto believes this event may turn into the world’s largest videoconference ever. 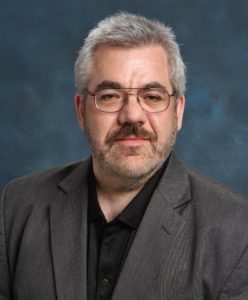 These three events are only the first of many that the IMCCA has planned to support the public during the current crisis. Danto explained that if the virtual meal is deemed a success The IMCCA will do it weekly, and extend the opportunity to other video platforms to provide and/or showcase their services.

In addition to the above, a number of after-work events are also planned, with the first likely being a Virtual Comedy Club – bringing together stand-up comics who’s gigs have been cancelled with all the newly homebound people waiting-out the necessary social distancing. “Our position as the UC&C industry’s only agnostic, non-profit organisation for over two decades allows us to rapidly bring together content providers, technology providers and the general public” Zelkin added.