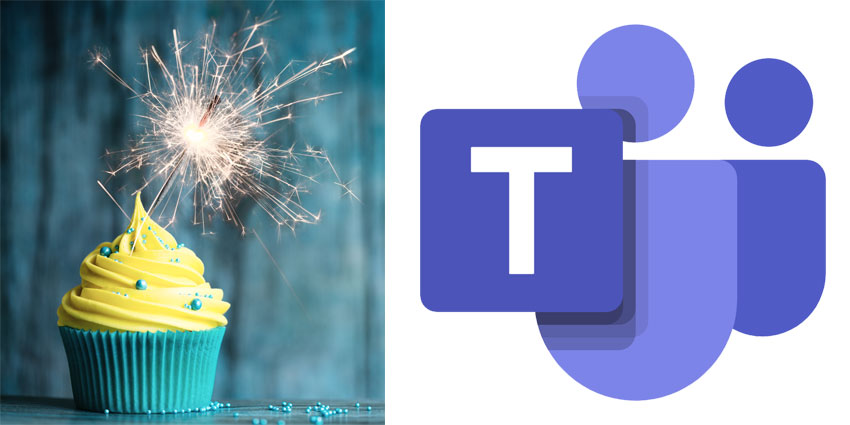 Microsoft is celebrating the second anniversary of Microsoft 365 – a selection of services and apps intended to help users enhance and transform their workplace collaboration experience. At the heart of Microsoft 365 is the incredible Microsoft Teams application – the fastest growing product ever released by Microsoft and one of the leading solutions for collaboration software today.

As the popularity of Teams continues to grow, Microsoft is keen to make sure that the application is available to groups all around the world – regardless of their industry. This week, Microsoft announced a range of new capabilities to support the modern workplace, including:

Microsoft Teams also announced their commitment to building a stronger partner ecosystem in teams, working with companies like Genesys and Five9 for contact centre solutions, and NICE and Verint for call recording. Microsoft has also teamed up with REPL to support workforce management.

Casting a Shadow Over Slack

The latest announcement from Microsoft isn’t just an insight into how well Microsoft Teams is doing in the current marketplace – it’s also going to have a direct impact on the app’s position over Slack. This is the first time that Slack has announced their daily active user number, which places it ahead of Slack. Slack only has 10 million daily active users as of its last announcement (although that was at the start of the year), meaning that Microsoft Teams is officially the most popular collaboration tool on the market.

For months, it’s only been possible to speculate on how quickly Microsoft Teams has been growing. We had to assume that Slack was leading the pack due to an absence of numbers from the Microsoft group. However, now, we have absolute evidence that Microsoft Teams is the number one tool for team collaboration. That’s a pretty impressive way for Microsoft to celebrate the second birthday of Microsoft 365.