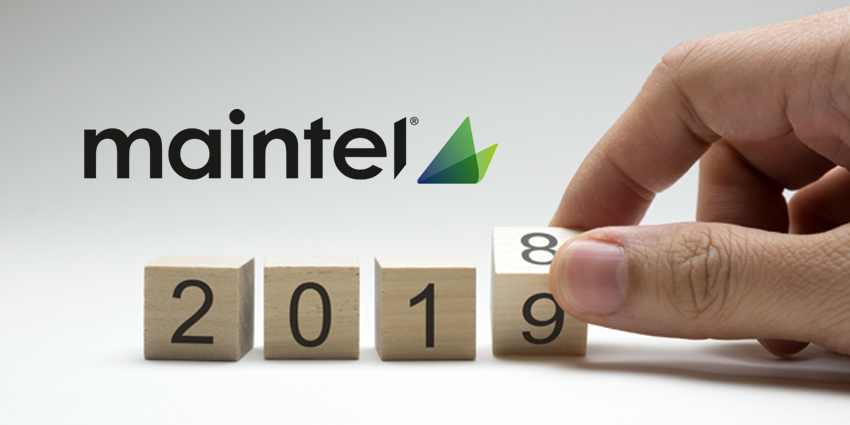 Discussions of the latest evolutions in technology have grown increasingly prominent over the last year or so. During 2017 and 2018, we saw a significant rise in disruptive concepts like the Internet of Things, artificial intelligence and even virtual reality. Now that we’re in 2019, it’s safe to say that the technology revolution will continue, with innovations and evolutions that we could only dream of up until this moment.

Recently, Maintel’s product manager of voice and data solutions, Brian Mackow-McGuire, and the mobility product manager Paul Fawcett came together to discuss what they believe the crowded tech market will lead to as we move through 2019. Here’s what we learned from Maintel’s predictions.

In 2019, conversations around Brexit are set to become more heated as the UK prepares to leave the EU once and for all. One issue that tech and communication companies will need to consider is how Brexit will impact EU roaming charges. As with most things regarding Brexit, there’s not a great deal of clarity in what will come next when the transition period ends in December 2020. There’s a chance that mobile operators will begin to search for ways to include more countries in their roaming packages, according to Maintel.

Another prediction connected to mobility for Maintel comes with the rise of 5G technology. Already, many business leaders and consumers believe that 5G will radically transform the way we live and work. 5G is bound to offer greater speeds and agility in 2019, but it also uses higher frequency bands than 4G, which means that companies will need to think about what they can reasonably offer.

Use of Consumer Applications Rises

In their discussion of 2019, Brian Mackow-McGuire and Paul Fawcett cited research showing the rise of consumer applications in the workplace. Maintel’s research indicates that WhatsApp and similar apps are prominent in the workforce.

Unfortunately, while consumer apps may be convenient, they’re not as sure as they should be. Conducting business conversations in environments outside of an organisation’s governance, compliance and security walls increases the risk of data leakage significantly. In 2019, Maintel believes that businesses will need to address the use of consumer tools in their organisation and bring order to the communication channels their employees use.

Maintel feels that the transformation will begin with more internal conversations highlighting the reasons for banning specific tools.

Cloud and the Growth of Virtualisation

The cloud has held onto its position as a buzzword in the communication industry for a number of years now. Currently, Maintel believes that companies are looking at their own cloud and applications as an annex, but during 2019 and beyond, more organisations will look to migrate their applications to the cloud.

This year, we’re sure to see more companies examining the way that their network works and looking for ways to transform their workforce. Currently, Maintel feels that a significant problem comes from the fact that users can’t always tell what parts of their business are hosted in the cloud. As in-cloud services continue to grow, the need for VPN access might diminish in the years ahead.

Maintel believes that 2019 will see more applications moving to a cloud that requires no login, and organisations will begin to see some of the vulnerability involved with the cloud.

Finally, Maintel’s representatives discussed the presence of SD-WAN in the modern business environment. According to Maintel, in 2017, everyone believed that SD-WAN would truly take off, but its popularity was delayed due to under-prepared vendors. People began to ask when SD-WAN would hit its stride.

Now we’re in 2019, the question of “SD-WHEN” is less prominent, as many companies believe that this will be the year, we get smarter networks through SD-WAN. As cloud-based applications take over and CIOs change the way they think about their network functionality, critical decisions will find their way towards SD-WAN to deliver a smarter infrastructure.

Maintel also noted that in 2019, when SD-WAN begins to roll out more rapidly, Network Function Virtualisation will also emerge as an essential part of the network landscape, driven by the arrival of devices like Cisco 1K and 4K routers. Mackow-McGuire and Fawcett note that functions previously managed by devices will become software-based and the way that we view and manage our networks will be transformed.

What do you think about Maintel’s predictions for this year? Let us know in the comments below.