Avaya, one of the market leaders in the communication and collaboration landscape, has announced the arrival of a new addition to its leadership team. To enhance the transformation and growth of the Avaya business that has been accelerated by a partnership with RingCentral, Avaya appointed Jon Brinton as VP of North America Channel Sales.

The new member of the leadership team will help to enhance and simplify Avaya’s growing channel sales strategy. Brinton will be supporting the success of the extensive network of partners that Avaya has been building and nurturing. At the same time, he’ll also be managing enablement programs intended to recruit and empower the upgraded channel strategy.

Jon Brinton is joining the Avaya group from Mitel networks, highlighting a strong background in the communications industry. When working with Mitel, Brinton was the President of the Cloud Division. Jon helped Mitel to thrive all the way through its expansion to become a global market share leader for Unified Communications as a Service. Additionally, Brinton held positions that came with worldwide responsibility for contact centre solutions, as well as other senior leadership roles too.

An Exciting New Step for Avaya 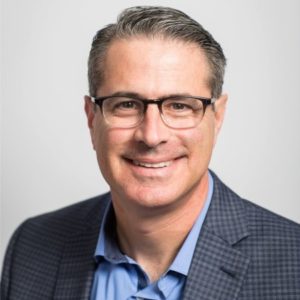 According to the Senior Vice President for North American Sales, Frank Ciccone, Avaya is continuing to attract high-calibre talent, with an aim to transform the company going forward. Avaya wants to become the partner of choice for communication solutions ranging from tools for the SMB to the enterprise, with an emphasis on cloud and evolving subscription models. The Avaya team is excited to see what Jon will bring to the leadership circle. According to Ciccone, Jon’s extensive leadership experience will be a massive asset for Avaya and its partners.

Jon also noted that he’s excited to be joining Avaya at a transformation time for the brand. Avaya is currently working to develop a customer-driven approach to delivering enhanced innovation and new solutions for collaboration and communication. Jon is thrilled to have an opportunity to help build Avaya’s partner infrastructure and drive the success of the new Cloud Office UCaaS solution, following the partnership with RingCentral. Avaya already has fantastic market presence and strength, and Brinton looks forward to continuing and enabling the company’s growth with a focus on the channel environment.