What is Microsoft Unified Messaging (UM)?

Your guide to Microsoft UM 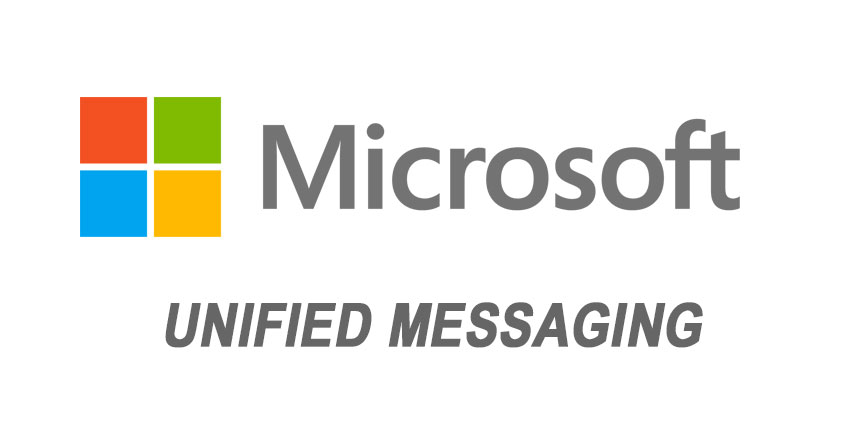 Unified Messaging has been a valuable business application for many years now. The idea behind it was to create an environment that would stop messages from falling into a communications “black hole,” ignored and unacknowledged. Unified Messaging essential centralises fax, emails, voice messages and other forms of content into a single interface, allowing for faster collaboration and more streamlined customer service.

So, how concerned should you be about the end of Unified Messaging with Microsoft? Well, to answer that question, you first need to understand what Unified Messaging is, how it works, and why it’s so essential to certain companies.

The Unified Messaging feature in the Microsoft Exchange server was responsible for managing voicemails for a variety of environments and acting as an auto-attendant service. For larger companies spread across multiple environments, Unified Messaging meant that it was easy to create a central environment for voicemail, and other messages from third-party PBX systems.

With Microsoft Exchange, the PBX system in business communicate directly with the online environment using the SIP protocol. This means that the UM service would answer calls and record voicemail messages. As part of the overall functionality offered by a unified messaging solution, users also had the opportunity to provide custom messages to callers or redirect people to other employees when they were out of the office. Users could also use their UM system to dial into their mailbox via their phone and listen to email or voicemail messages, rearrange calendar appointments and more.

In certain parts of the world, advanced UM services could transcribe voicemails into emails, making the exhausting process of listening to voicemails a thing of the past. While similar features are now available from a wide range of Unified Communication vendors, few offer the same in-built functionality that was available as part of a full UM offering.

In addition to crucial voicemail features, Unified Messaging services over the years have also provided some excellent auto-attendant features for companies in search of assistance with their customer service strategy. With Microsoft Exchange UM, businesses could tap into a digital receptionist for their company that callers could use to direct their conversations more appropriately.

What Could Businesses Do With Unified Messaging?

At its core, Microsoft Exchange Unified Messaging allowed users to access voicemail and auto-attendant features in a familiar and easy-to-use environment. Unified Messaging combined email and voice messaging into a single inbox that users could locate and use from a range of devices. Users could also listen to their messages from any environment or read them using Outlook Voice Access from their telephones. UM gave companies an environment where they could control how their team members placed outgoing calls, and what kind of experience their customers got when they called into an organisation.

When Microsoft designed their Unified Messaging solution for Exchange, it was intended to be a way for business leaders in larger companies, and organisations with complex data storage rules to combine their messages into the same unified mailbox. UM for Exchange made the communication environment more central for the businesses that needed to have easy access to the same selection of information and recordings from any device or environment.

On the front end, the benefits of Microsoft Exchange Unified Messaging meant that customers could access a more aligned and consistent experience. Businesses could use their auto attendants to route calls more seamlessly, and the fact that users could access recordings and information anywhere made it easier to collect important data for customer service.

On the back end, UM services like those offered by Microsoft Exchange made it easier to keep track of crucial files in complex business ecosystems, including recordings made for compliance purposes. The Microsoft Exchange UM also meant that team members could easily forward calls to staff members wherever they might be, access information transcribed through voice to text, and search through messages from all environments in the same combined environment, even when dealing with multiple offices spread across the globe.

What Happened to Microsoft UM?

Unfortunately, as Microsoft has moved its attention more completely to concepts like internal digital collaboration, tools for external conversations like Microsoft UM have been pushed aside. In July 2018, Microsoft announced that the Exchange Server for 2019 would no longer feature the Unified Messaging voicemail and auto-attendant capabilities.

In 2019, Microsoft followed on from that announcement to reveal that Unified Messaging would be completely removed from Exchange Online. The UM features will be replaced by Cloud Auto Attendant and Cloud Voicemail services within the Microsoft Office 365 ecosystem. Unfortunately, however, this will mean that companies will need to purchase Microsoft calling packages to access a similar level of seamless back-end infrastructure.

The lack of a complete replacement to Exchange UM from Microsoft means that companies are limited in what they can do next. Either users will have to start using the Microsoft Cloud Voicemail strategy and try to piece together a complete offering with Microsoft, or they’ll have to opt for a third-party solution. Third-party alternatives like XMedius are quickly emerging as the most complete solution for companies that want to maintain a secure and flexible unified messaging solution that allows them to carry on with many of the similar features and functionality that they’ve grown accustomed to over the years.