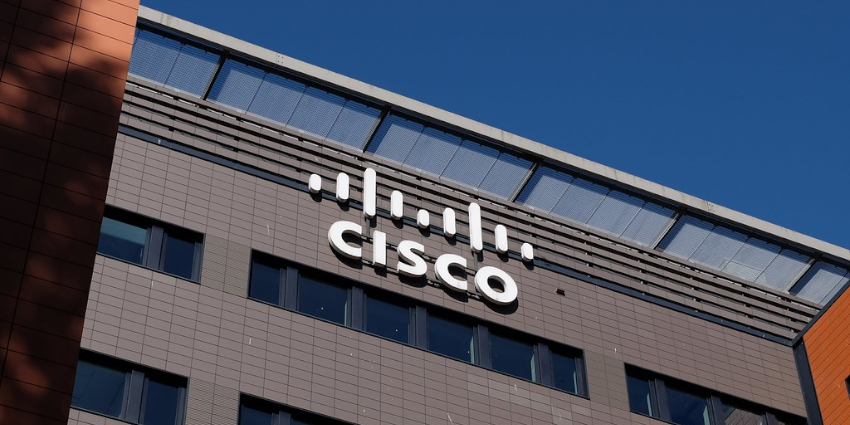 Last week, Cisco reported its first-quarter revenue for 2019, they made $13.2 billion and had a GAAP income of $2.9 billion ($0.68 per share). Cisco’s non-GAAP net income was $3.6 billion ($0.84 per share). Some key highlights from Q1 include a two percent year-over-year growth rate and a non-GAAP revenue increase of 12 percent. In a statement, Cisco CEO Chuck Robbins said:

“We delivered a solid quarter against a challenging macro environment. We’re focused on continuing to drive innovation, transform our business and exceed our customers’ expectations”

Looking toward 2020, Cisco said they expect a three-to-five percent revenue decrease, which prompted a drop in stock prices, lowering as much as six percent after trading closed last Wednesday. Attributing the decrease to what they call “a pause in customer spending given political and economic apprehension,” it is clear that investors are concerned Cisco won’t meet rising expectations to increase revenue.

Not everything looks dim for Cisco, however. CFO, Kelly Kramer, mirrored this in a company statement, saying: “We performed well in Q1, growing revenue and delivering strong margins and EPS. With software subscriptions now at 71% of our software revenue, we are making good progress in transforming our business model. We’ve continued to invest in our innovation pipeline to generate long-term profitable growth and deliver value for shareholders.”

Cisco expects product revenue to be led by growth in security and applications, which they anticipate will rise by 22 percent. They also say they expect a six percent rise on that front, and infrastructure platforms are where Cisco predicts a one percent drop.

Cisco shares are expected to reach between 75 cents and 77 cents per share, “excluding certain items.” And according to CNBC, analysts polled by Refinitiv expected 79 cents per share, which would result in $12.77 billion in revenue, as well as a 2.6 percent growth rate.

Cisco also faces challenges due to the current climate of UCaaS. For one, the partner landscape is evolving, especially as companies like Cisco add emerging technologies like artificial intelligence to their platforms. Partners want more flexibility, something they gain with the use of a strong cloud offering.

Self-service is even increasingly popular, which forces resellers to rethink their go-to-market strategies so they can stay competitive. The good news is, these factors have led to more creativity in the space, that is for sure. Knowing all this, I do believe Cisco will continue upward momentum, despite recent guidance laid out by the collaboration giant, which has experts wary. As Christopher Vargas, Nasdaq.com Contributor, wrote:

“In addition, the trade war has cast macroeconomic headwinds on Cisco that have weighed on the firm’s operations, making it all the more difficult for the company to sustain its growth levels.” Only time will tell how things play out as Cisco fights to stay ahead of the competition and to surpass its low guidance forecasts for 2020.