A collection of interesting facts and statistics from around the web 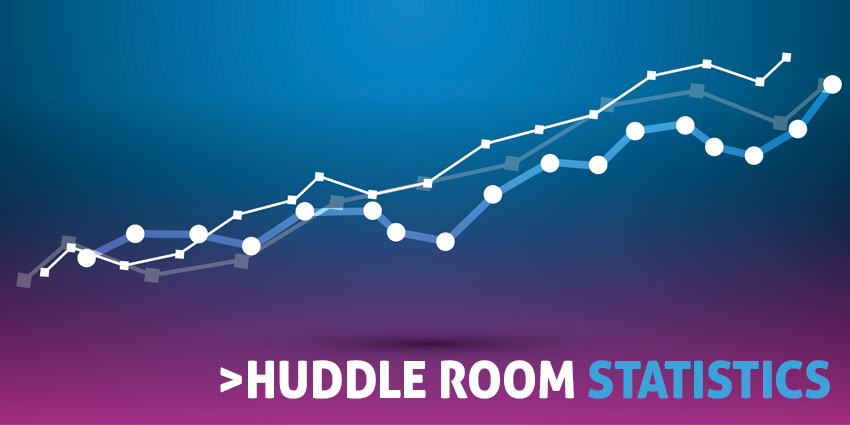 In the recent State of the State report on Enterprise Video Conferencing from Wainhouse Research, estimates shows that there are 50 million huddle rooms globally.

Research and Markets estimate in 2018 that globally there are 32.4 million huddle rooms and less than 2 percent are video enabled

According to studies, 64% of businesses had video systems set up in a huddle room in 2017.

73% of meetings involve only two to four people, but 53% of conference-room space is built for meetings of seven or more.

40% of employees say that they waste half an hour per day looking for meeting spaces.

74% of APAC respondents are using audio, video and content sharing to connect with remote participants.

60% of APAC respondents said they would use collaboration technology if made available in small meeting rooms.

96% of APAC employees said collaboration technologies helped them to be more productive and work smarter.

globally there are 33 million huddle rooms and less than 3% are enabled for video conferencing.

Huddle room meetings will grow exponentially to represent 77% of all room-based video conferences by 2023.

97% of  users said they join web or video conferences from their huddle rooms – using Cisco, Microsoft, or GoToMeeting apps most often

52% have issues with huddle room software, such as unable to hear and other technical issues