Every month we sit down with Office Servers and Services MVP and Microsoft Certified Master, Tom Arbuthnot, for a behind-the-scenes glimpse of what’s new with Microsoft Teams. MS follows a mid-year fiscal, and we expected September to be relatively quiet. “Everybody takes leave around this time, plus all the other world events,” Tom agreed. So, understandably, we were surprised that our discussion stretched into an incredible variety of topics – from SIP phones to old school handsets, from unexpected integrations to a couple of small but critical features.

Watch the video to know the full story (thank you, Ribbon Communications, for sponsoring the video). Here are the key highlights from our conversation, and Tom’s perspective on what lies ahead for Microsoft Teams.

Teams Support for SIP Phones to Help Save Significantly

Most of us think of standard SIP phones as legacy technology, quickly giving way to smarter VoIP devices. However, Microsoft isn’t ready to say goodbye to SIP just yet.

“Microsoft is going to natively support standards-based SIP phones against Teams,” Tom says. He also explained how this would work. “Many environments out there have investments in Cisco phones (or an equivalent). Microsoft is now going to support this in their cloud. You’ll literally take your Cisco handset, flash its standard SIP, register it against Teams, and have it work as a Teams phone.”

We wanted to understand Microsoft’s motivations for this update. After all, a standard Teams phone is far more feature-rich than a standard SIP device. “You got a fancy calendar, click-to-join, and all sorts of fancy features,” notes Tom. And the answer is pretty simple: from an accounting perspective, you can add on Teams capabilities without changing the base device.

“You don’t want to spend $250 or $300 a desk, swapping a piece of plastic for a piece of plastic. From an accounting point of view, they’re like, yeah, you pick it up, you talk you hang up. This enables you to move to the cloud into Teams and reuse that investment in those pieces of plastic on the desk basically,” Tom tells us.

Another reason is extending Teams’ support to the less-common 3PIP phones. According to Tom, 3PIP phones run a special firmware to register Skype for Business, which is scheduled for retirement. Many customers have bought tens of thousands of these phones, and they need a long-term migration path for that investment. “Microsoft will support customers who have sunk money in the Skype journey – bought those 3PIP phones – by giving them a longer life on Teams,” says Tom.

The final reason for providing SIP support was surprised us: some users still prefer handsets to headsets – or at least they think they do.

Are Old-School Handsets Making a Comeback? 🤔

“Before people get the headset, they can’t imagine using it! They’re like, ‘no, I’ve always used a handset-based phone. I want a phone!’ So, the company provides a phone plus a headset. And then, people use the headset while the phone gathers dust. It’s really hard upfront to convince users that they don’t need the handset. But, companies can reuse the handset they’ve got with no additional cost. You solve that problem with Teams SIP support.”

There is a cultural issue here. For generations, we have equated telephony with a handheld device, and that continues to be an initial expectation for users.

Instead of forcing adoption, Microsoft’s foray into SIP is a clever way to circumvent the issue. On similar lines, Microsoft has also brought back its old-school USB handset that will now work with Teams. “It looks like an IP handset, but doesn’t have the guts, doesn’t have an ethernet connection – it just has a USB cable that goes into a PC. The PC is doing most of the brainwork of it. But physically, you have dial buttons, a screen, and a handset. Again, the perception is – I can get one of those cheaply. I’ve already got a PC, my users want the “phone” form factor, they don’t wear a headset, and they want to pick up the phone. They could do that with this USB device,” Tom breaks down this use case.

We were curious to know about Tom’s own experience with USB handsets, and if there are benefits apart from novelty or familiarity (depending on how you look at it).

“I would never use it because I’m a headset user really. However, there are some users who don’t like the idea of headsets but have a wired-in permanent PC. So, there’s no reason why they couldn’t use a USB device,” he said. “But it’s really a cost play. If you want an IP phone and can afford it, you’d probably buy a proper IP phone, with Power over Ethernet (POE), a dedicated network connection, and dedicated hardware. However, sometimes they just want the form factor at a low cost,” he adds.

SIP for Microsoft Teams will necessitate new partnerships and a degree of interoperability – what does this mean for long-time competitors?

In the last few months, industry giants like Avaya and Cisco have hopped onto the Session Border Controller (SBC) bandwagon, getting Teams certifications. This makes business telephony dramatically simpler in multi-vendor environments. “If you’ve got a Cisco or an Avaya telephony estate, you’ve probably got one of these session border controllers already. Now, you can start putting Teams users on there, leveraging that existing infrastructure. You don’t need to change anything about my supportability, config, or basic topology. Just reconfigure the SBC slightly to connect to Teams and carry on using the same phone numbers, the same internal experience,” mentions Tom.

We remarked that this is an incredibly open philosophy for Microsoft. But Tom pointed out that the company has always had equal system programs, which invited anyone to come and certify. “The more options and the more capacitive it is, the better for the customer, and the better for Microsoft.”

A more pertinent question is probably “why would Cisco and Avaya do it?”

“The answer is –  they’d rather hold on to that piece of the pie than fight and lose to a competitive SBC. If you’re an Avaya customer with tens of thousands of Avaya IP phones, and some people want Teams, you can start moving them over gently. Whereas if Avaya says say NO, you’ve got to make a hard choice – pick the new kit or stick with us, they might lose that battle. Suddenly, they’ve lost all their other core business as well,” Tom explains.

Customers, too, would welcome these moves, as it reduces costs significantly. Legacy investments (or just investments, full stop) can be huge in the enterprise, and the cost of swapping out bare plastic from every desk can pile up.

Tom says that there is another layer of cost as well – the effort needed to adopt a brand new system.

“The cost of the kit and cost of plugging is probably going down. But there’s the matter of running them in AWS or Azure so you can go spin up a new SBC in five minutes. If your whole operating model, your support team, and everything else rely on the kit they know, then that real cost of swap out is much more than the kit itself,” he points out the real challenge.

What is ‘Coordinated Meetings’ and What Does it Mean for You?

In a month without too many new features, we were looking forward to this small but essential feature. Tom has already authored a blog on the subject, so we were eager to pick his brain on how Coordinated Meetings help Teams Rooms and Surface Hub to work together.

“You have two Microsoft devices that do similar – but not the same – thing. Microsoft Teams Room is your audio video device for Teams meetings with touch and whiteboarding. Surface Hub is your collaboration board, but it also has a video camera, a mic, and speakers. It can join a Teams meeting. They’re very different use cases.

Till now, the two didn’t have any recognition of each other even in the same space. When customers joined the meeting on one, the other device didn’t know about it. If both devices joined, you get that classic “we have to mute one, we have to meet with the other” dilemma. The Coordinated Meetings feature says in the config that both devices are in the same physical space. It is all ready to go without the user having to choose this camera on, that camera off, etc.,” he said.

If you own both these devices, your meeting experience is likely to improve by a vast margin. The next feature moves from the end customer to ISVs.

“Before this announcement, the only way ISVs could get a bill or call records from Microsoft was to log into a web portal and download an excel file. Many, many big customers want to understand their telecom, conferencing, and carrier spending, and they want to cross-charge it to different countries or business units. But you’d have to download an excel and slice-and-dice in some way. For example, Modality would do it in SQL and Power BI. There was no API-driven way to capture that information,” Tom said.

The new Microsoft Teams PSTN call logs introduce an API that simplifies call data export. “There’s an API in preview that ISVs can just hook up, grab the call records, pull them into a database, and slice-and-dice them,” said Tom, adding that it is a non-licensed API, open to all users.

TeamsFest 2020 is Almost Here, and we Can’t Wait

Community events are getting a major leg-up this year, gaining from the new virtual format, that lets more experts and attendees join in. One event we are all looking forward to is TeamsFest 2020, organised by Chris Hoard, Adam Deltinger, Vesku Nopanen, and Chris Webb – four different MVPs from around Europe.

“You wouldn’t normally see whole conferences around a single product – but because Teams reaches into the Power platform and automation, it reaches into genuine collaboration workflows and all the UC elements. There’s a lot to talk about, and as we see every month, there’s always something changing, something new. The hard thing really is just keeping up with the content!” Tom opines. Events like TeamsFest are an excellent way to stay updated on all things MS Teams, and we look forward to Tom’s session in particular, on using the Teams Phone System for everyday customer service management.

These were the key highlights of our conversation. Make sure to watch the full video for: 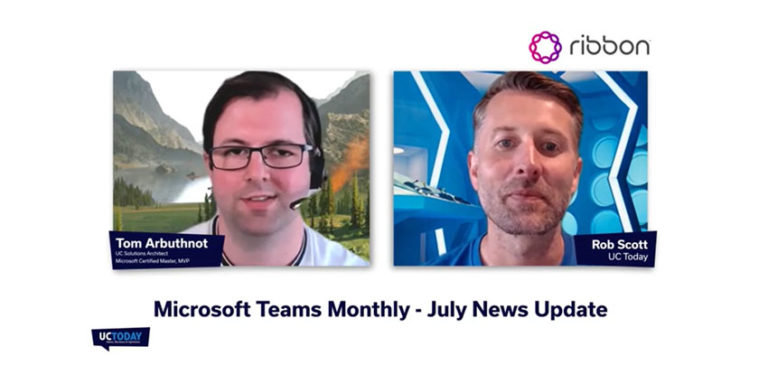 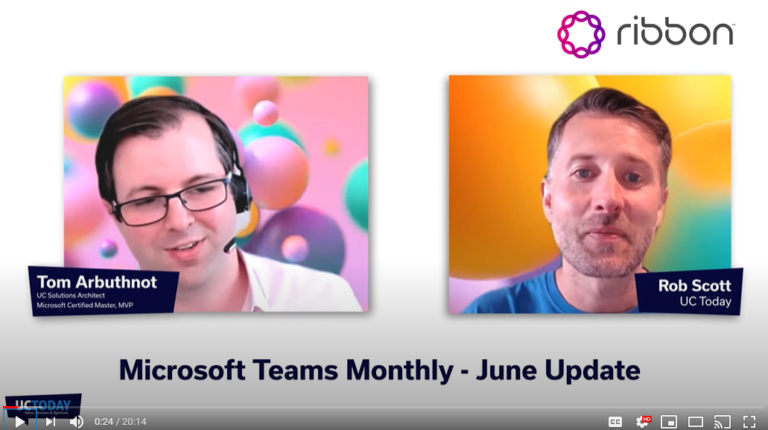 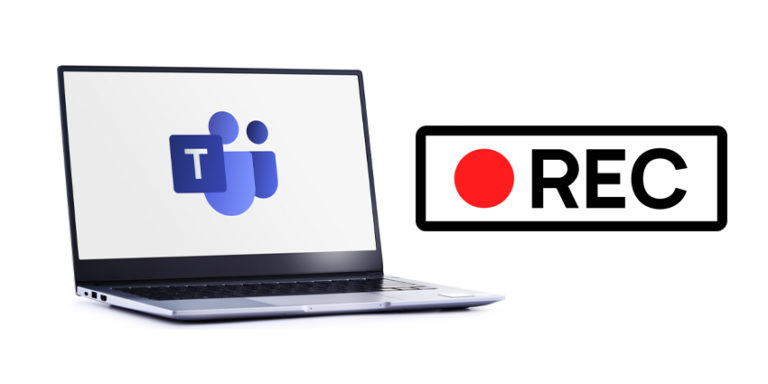 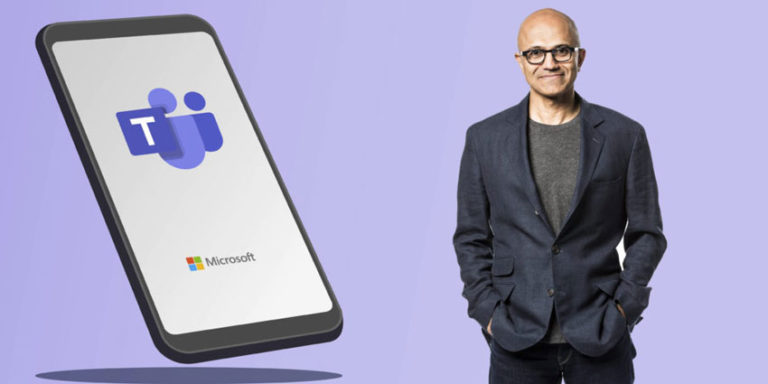 ‘Teams Will Be as Big as the Internet’ – Microsoft CEO 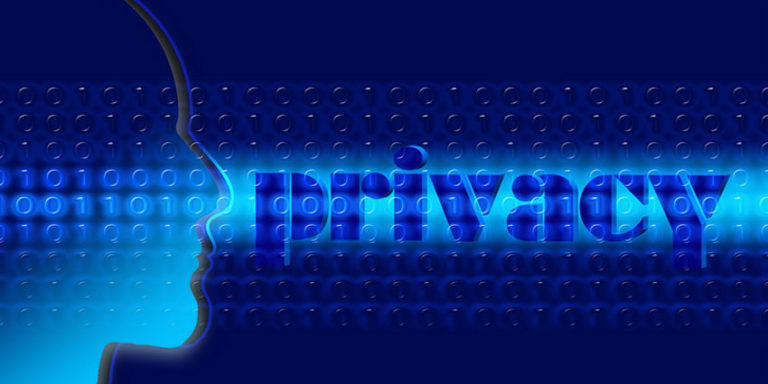