What's going on at Google, and what is the plan for Hangouts? 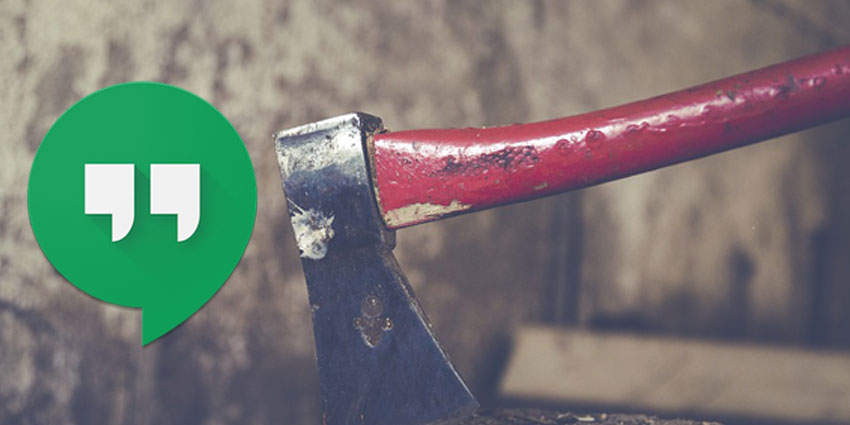 Google Hangouts Chat and Google Hangouts Meet are used by small, medium and large businesses across the globe. And they are made by Google, so these are credible productivity tools that we trust and turn to by instinct. Initial murmurings online suggested that Google was shutting down Google Hangouts by 2020. This would cause not just a huge ripple in the industry, but also with their customer base. Whilst Hangouts is primarily a consumer tool, business adoption due to sheer popularity is relatively high.

Google are no strangers to shutting down consumer products. Google Plus didn’t see the expected adoption, and the plug has been pulled. Google Glass, whilst not formally shutdown, is going through a period of slow uptake and the roadmap is either unpublished or undecided. Google also launched and promptly halted progress on Allo – a smart way to respond to messages with your voice.

Neither Google Plus, Google Glass or Allo significantly impacted many businesses, if any at all. Google Hangouts, on the other hand, has been popular with firms that require global presence in their chat and meetings solutions. When looking for some clear guidance as to whether the suggestion of complete, and rather radical, shutdown were true, natural gravitation was to the Hangouts blog. Whilst the posts here were irregular anyway, there hadn’t been a post since July. All of a sudden, this felt a little more real. Heading to the Google Play Store, however, Hangouts will still an option to download.

Hangouts was launched as a replacement for Gchat in 2013. Since inception, the business grade versions have seen more rapid adoption. Hence, the original Hangouts product has been losing features and the last update was quite some time ago.

In October, suggestion was that Google suffered a similar data leak to that associated with Facebook during the Cambridge Analytica scandal. One publication ran with the headline: Google to shut down Google Plus after failing to disclose user data leak. Google commented to suggest that potentially 500,000 accounts were affected. Google is not required to disclose data leaks. Whether or not the leak was correct is unsure. However, if Google Plus was impacted, how far away in the Google estate does Google Hangouts reside?

What is actually happening?

Head of Google Hangouts, Scott Johnson, finally confirmed in a tweet responding to the initial reports that the plans to shutdown Google Hangouts were ever so slightly exaggerated by first press. Google Hangouts is going to merge with Hangouts Chat and Hangouts Meet.

“I run Hangouts and this is pretty shoddy reporting. No decisions made about when Hangouts will be shut down. Hangouts users will be upgraded to Hangouts Chat and Hangouts Meet. Your source is severely misinformed. You can do better”.

It appears that Google Hangouts consumer product is in fact being killed off. But, this doesn’t spell the end for Hangouts completely. The transition to Hangouts Chat and Hangouts meet is logical to bring business users into a more appropriate enterprise environment. Although, the strategy of running two apps seems archaic. You only have to look at the likes of Cisco Webex, Microsoft Teams and RingCentral, who have all recently combined their calling, messaging and meeting environments into one accessible app.

[…] front. Then, stories around Google Hangouts Chat being discontinued surfaced. As it happens, Google isn’t killing Hangouts. Head of Google Hangouts, Scott Johnson, confirmed in a […]