What is Team Collaboration?

We explain how it started and what its all about 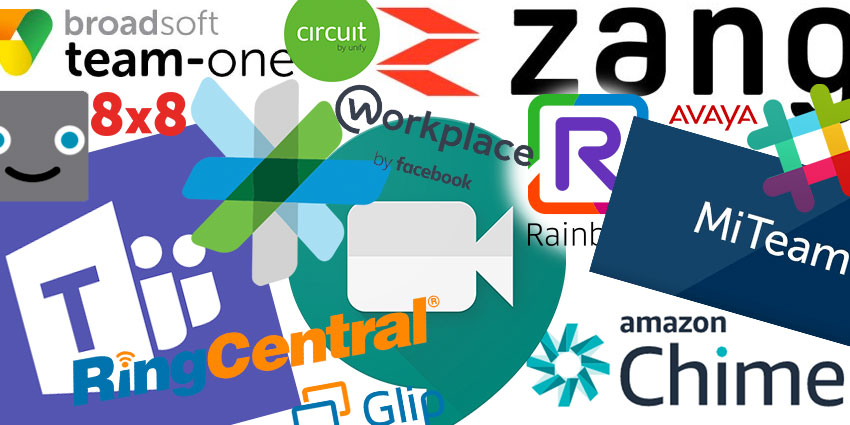 Team collaboration tools provide workplaces with a central digital environment where employees can communicate and collaborate on projects.

The first example of a team collaboration tool was created by Slack. Stewart Butterfield, the founder of Slack, (and co-founder of photo-sharing site, Flickr) designed the internal communication system to support his Tiny Speck team in the creation of an online name named “Glitch”. Slack is an acronym that stands for ‘Searchable Log of All Communication and Knowledge’ – neatly explaining its purpose. Slack launched externally in August 2013.

Competing collaboration tools began to emerge in the market in the subsequent years. On the 4th of March 2016, news broke about Microsoft potentially bidding $8 billion to buy Slack. However, Bill Gates stood against the purchase, suggesting that Skype for Business should be improved instead.

Microsoft announced the release of the competing collaboration tool, Microsoft Teams on the 2nd of November 2016.

Slack responded to the reveal of Microsoft Teams by running a full-page advertisement in the New York Times. Initially, Microsoft Teams was not able to compete fully with Slack in terms of features and functionality. For instance, Microsoft Teams originally did not allow members from outside of the Microsoft ecosystem join the platform. ZDNet suggested that this would make it difficult for small businesses and freelancers to join the system. Microsoft added this functionality since then, and in response, Slack increased it’s product integration with Google.

On the 12th of July 2018, Microsoft announced a free version of Microsoft Teams, which increased competition with Slack. The free Microsoft Teams tool offered many of the leading features of the platform, but the number of users and team file storage capacity was limited.

Team collaboration software offers many IRC-focused features like real-time chat rooms organised by topic, direct messaging, private groups and content sharing. As more companies have joined the team collaboration marketplace, an increasing number of features have emerged, including the option to add emojis and gifs to messages, and like team collaboration tools with calling systems.

Team collaboration tools allow groups in a workplace to join a virtual environment via a specific invitation, URL, or channel on a piece of software. In this environment, employees or individuals can share and receive messages, share files, and launch video and audio meetings. The solution replaces social media boards such as Facebook or LinkedIn groups.

The public and private channels in team collaboration tools allow members of a team to communicate without using group SMS or email. While public channels are open to everyone in the business, private channels allow for hidden conversations between smaller groups of people.

Direct messages allow users in the team collaboration space to send private messages to specific members of staff, rather than addressing larger groups at once.

Meetings in a team collaboration app can be scheduled using integrated apps or created on an ad-hoc basis. Users visiting the channel can often see if a meeting is in progress on tools like Microsoft Teams. Meetings can include both voice and video conferencing, along with file and screen sharing.

Some team collaboration tools are beginning to implement calling features via:

Many team collaboration tools are beginning to support integrations with third-party service and community-built tools. This allows employees to access a wider range of features through connections to other pieces of software. Popular integrations include links to systems like Google Drive, Trello, Dropbox and Zapier. Slack introduced its own app marketplace in 2015 where users could browse through over 150 integrations.

Slack and other team collaboration tools also offer application programming interfaces or “APIs” that users can use to create applications that work with their existing processes.

Many team collaboration tools now provide mobile applications for Android, iOS, and Windows phones, in addition to desktop and browser clients. Desktop clients can support MacOS, Linux, and Windows. Slack was also made to run on the Super Nintendo Entertainment System at one point using Satellaview.

The market demand for team collaboration software grows more every day, with an average CAGR of around 13% leading up to 2024.

Slack, the original team collaboration platform earned 8,000 users within 24 hours of its launch date in August 2013. Slack currently has around ten million daily active users according to Statista as of January 2019. Slack also has 85,000 paid users. On the 25th of April, Microsoft announced that Office 365, the productivity platform connected to Microsoft Teams, had 180 million monthly active users.

Estimates of the number of active users on Microsoft Teams weren’t revealed by Microsoft until the 11th of July 2019, when the company estimated that the team collaboration software has 13 million daily active users.

A number of other team collaboration services have evolved to compete with Slack and Microsoft Teams over the years. There are various open-source and free software alternatives that companies can self-host, such as:

Other alternatives that offer a similar experience to the services from Slack and Microsoft Teams include: Flock, Hangout Chats, Workplace by Facebook, Discord, Glip, and Cisco Webex Teams