The History of Unified Communications 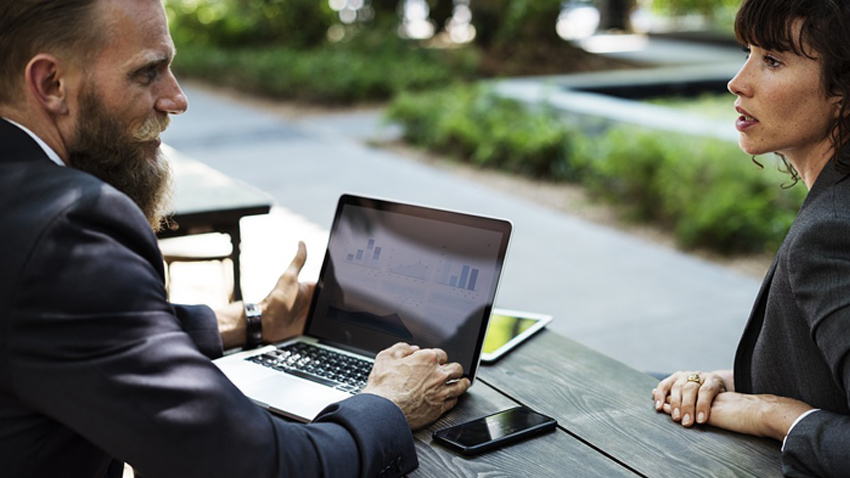 Over the years, Unified Communications have evolved from a long-term trend to a new opportunity for company development and investment. Just as it can be useful to look back over the histories of some of the most innovative companies within the UC and telecommunications sectors, it can also be helpful to examine the history of Unified Communications itself, and how it came to be as strong as it is today.

So, let’s start at the beginning, and look at how UC has evolved.

Let’s begin in the 1980s, when the idea of Unified Communications was emerging in the form of IVR, email, and voice messaging. Voicemail systems that included IVR-like features were seen as a solution to accessing corporate information for mobile employees, before cell phones became the everyday necessity that we perceive them to be today. Interestingly, in 1985, VMX chose to offer an “email reader” feature on their voicemail system – marking the growth of the new communications future.

By the time the 1990s rolled around, the concept of unified messaging had really taken hold, with many investments coming together to bring voicemail and mail into the light. By 1995, Lotus (later known as IBM) had partnered up with AT&T to create a Telephony One Stop. Later, Microsoft had partnered with an Octel, vMail, and VMX division to produce Octel Unified Messaging in 1997 – a precursor to the unified messaging system “Exchange” in 2007.

As the rise of mobile phones became more evident, UM systems became “find me/follow me” systems, where callers could find the called party at a current location and number. Mobile users also started being offered speech-controlled interfaces like WildFire, which allowed them to make calls by saying numbers or contact names, and controlled incoming and outgoing calls amongst other features. In the world of desktop communication, unified messaging lead to the combination of voicemail and email in a single space, and vendors began to add call controls to screens, using computer telephony integration so that clients could access the first version of what would become a softphone PC and UC client.

During this time, the term Unified Communications first became popular, with messaging and real-time communications quickly growing as a popular solution for various business enterprises.

The early 2000s is when UC really began to grow, with many companies figuring out new ways of providing user communications. IP Telephony arrived, leading to dozens of new start-ups who quickly got acquired by giants like Nortel, Cisco, 3Com and Microsoft. When IP Telephony was combined with UM, mobility, speech, and desktop experiences, customers could find a Unified Communications experience, but most clients weren’t ready to leave their investments in PBXs with e-mail and voicemail systems, meaning that many new solutions experienced a slow growth.

As innovations in integrated systems began to emerge from various PBX vendors, they were frequently restricted by established products which defined them as a threat. For instance, the Avaya Unified Communications Centre and the early Siemens OpenScape system were both squashed. However, today, we can see these solutions in the form of Siemen’s (now Unify) OpenScape, Avaya One-X, and more. Meanwhile, office software and email leaders had begun to recognise that communications might relate to a broader market than they thought adjacent and significant to the collaboration market. The first move of the email network was to begin instant messaging, which naturally included the status of participants, or their online presence. These presence clients, such as Lotus Sametime and Microsoft Live appeared during 2003 and 2004, and quickly grew in popularity.

Comparatively, tools for collaboration had begun to gain traction for business meetings and information workers as a way of saving time and improving productivity. The leaders in these tools were companies like IBM and Microsoft, who quickly integrated instant messaging solutions with collaborative products. At the same time, the mobility sector was enhancing their focus on Unified Communications, with data networks being developed to transform the average mobile device into a portable business interface and office – far beyond the capabilities of simple email.

At last, business application software companies are beginning to integrate the necessary solutions for communication into their business management solutions. This growth has been reflected by the Gartner Magic Quadrant report on Unified Communications. For instance, in the first report during 2003, there were no established leaders, and Avaya was the top-ranked provider. By 2008, the report saw IBM and Microsoft in leadership roles along with Siemens and Nortel.

Today, the market has continued to grow solidly, with new innovations emerging every day. Truly comprehensive and unified solutions for business management and communication have been embraced by companies throughout the world – allowing for a more productive, and remote workforce on a global scale.

How is UC Driving Digital Transformation?