My Home → Unified Communications → Something Smells Off: Amazon Patents Algorithms for “Voice Sniffing”

Something Smells Off: Amazon Patents Algorithms for “Voice Sniffing” 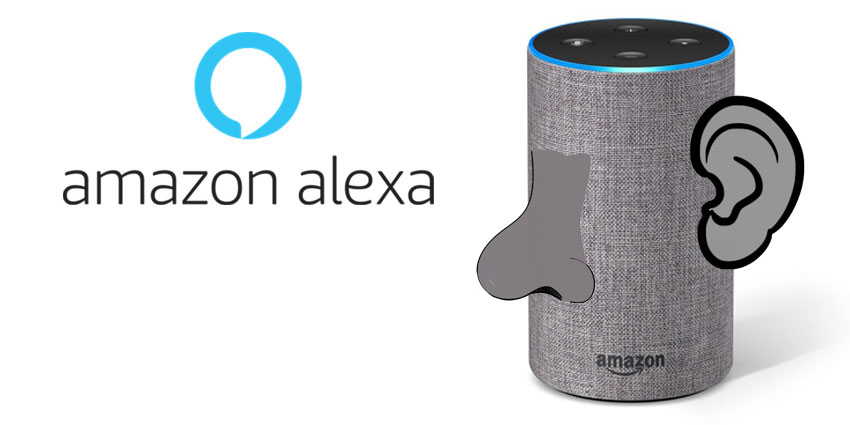 Is your Amazon device listening in on your conversations?

After reports emerged about the technology giant’s decision to patent “voice sniffing” technology, Amazon has issued a release stating that it doesn’t eavesdrop on customer conversations to deliver more targeted advertising. The claim comes at a time when customers are feeling particularly sensitive about their data, following the Facebook scandal that placed Mark Zuckerberg in front of Congress this month.

According to information about the patents, Amazon’s “voice sniffing” technology will allow its virtual assistant devices like the “Echo” to listen to conversations and create a profile of customer preferences. Reports have speculated that this may be Amazon’s latest attempts to personalise its advertising strategies to the distinct needs of customers, though Amazon has argued that this is not the case.

Who’s Listening to Your Conversations?

Amazon is just one of the technology giants that has been playing around with virtual assistants within the home in recent years. Since it was launched in 2014, Amazon’s “Echo” system has been able to set timers, read out the news, and play music when addressed by customers with the word “Alexa“. Of course, as AI becomes a more common part of the consumer experience, some users are beginning to worry about how much their machines are learning about them.

The patent for Amazon’s latest voice sniffing technology describes a unique algorithm which will allow the virtual assistant to listen in on human conversations, pinpointing important phrases like: “I love” to build profiles of Amazon customers. A document made public about the patents says that the system would be able to use these profiles to offer more targeted product recommendations and advertisements.

Amazon has responded quickly to customer concerns, stating that they wouldn’t be using customer voice recording for the sake of targeted advertising. In a public statement, Amazon announced that they take privacy seriously, and they have already built multiple privacy levels into their Echo devices.

To explain their patent filing, Amazon simply stated that they’re exploring numerous options with new technology, and don’t necessarily intend to change anything about their virtual assistants yet. Amazon also noted that patents take years to receive, and they won’t always reflect the state of current services, products, and developments.