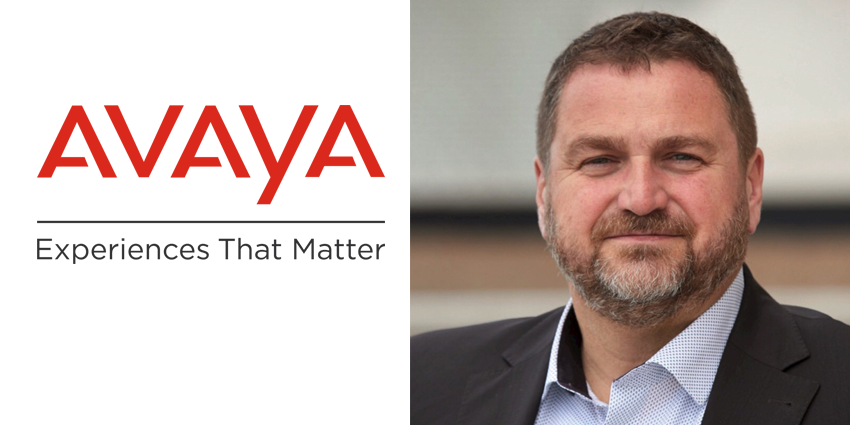 Avaya has launched a new multitenant UCaaS platform to cater for the small business market. I spoke to Roberto Schmidl, VP Germany Small and Medium Business Unit, Avaya Germany, to get an understanding of the new UCaaS offering. Roberto is responsible for services and sales in small and medium business for Germany so was best placed to give me the lowdown.

In November, a completely online managed Avaya UCaaS platform arrived for the SMB market. The target is sub 50 seats like start-ups that can simply sign up online for their own Avaya solution. They can choose from three bundles – including bundled minutes – and consume in a commoditised fashion. End customers can even order their own thirty day trial via the online platform.

I asked Roberto whether resellers could utilise this online platform. “We are using an agency model. So, we’re signing up untraditional resellers who maybe already sell minutes, rather than the traditional telco resellers”. All this enables the current minutes carrier or IT specialist to become the one stop shop for customers requiring a cloud phone system or full blown UCaaS solution.

I learned that you can now subscribe to Avaya seats online via their self-service store. Already available in the US, this is now available in Germany too.

Similar to the Avaya Equinox meeting solution, which is also a self-service store, Roberto told me that Avaya is investing heavily in the “store-style” UCaaS. “Over the next 6 months we should expect to see more of this”.

This exposes Avaya to the UCaaS small business market where businesses wish to consume telecoms services like they purchase their mobiles. “Everything starts with a Google search,” Robert told me as we discussed the shift to UCaaS becoming a commoditised product.

“I absolutely think that’s where the market is going and where we need to be. The market analysis and research points to this. Smaller businesses have no IT buyer to run a procurement”

We agreed that the sales person’s role has changed from visiting customers to constant brand awareness and thought leadership. Roberto made me aware that this is the case but remains dependent on the segment. “Sometimes we have to deal with a customised solution rather than an off the shelf model – different verticals still require a level of modification”.

The role of customer success in self-service UCaaS

Avaya has created a customer success team to onboard self-service customers and help them go through sign up and get familiar with the solution. Typically, Roberto estimated that it now only takes around an hour to procure an Avaya UCaaS solution. This is a drastic reduction from the typical sales cycle where salespeople could have multiple visits, statements of work and order forms.

Roberto highlighted the importance of the customer success role even though the premise of self-service suggests you are on your own.

“It’s important we did some testing with the self-service technology but also to introduce experts to field FAQs for things we take for granted”. We spoke about the ever scary theme of number porting when customers consider moving from ISDN to VoIP for the first time.

“There’s a couple of things we’ve nailed down to help out with issues like this. We’ve developed around 15 videos to help with training and adoption. We’re always adding to our FAQ”.

Robert then explained how Avaya commissioned their own study in eye tracking to measure user experience of the self-service website. “We had access to a few students who were working for us whilst completing their thesis that helped us improve the user journey. When we asked them to place an order and they stumbled over little things that we just don’t consider as part of the industry. Things like how you sign up, with a Google account for example, impact different things in your browser”.

The amount of resource and time that both resellers and end users can save was a primary goal of Avaya’s when planning to introduce self-service.

Roberto told me about something he recently learned. “VARs are now on the site list. I had to ask why are they doing this? The answer was when the reseller received a request for 50 seats, they declined and directed them to the website”. If a customer is going to order some new seats for an existing business unit or a new site, there is no benefit for the reseller to intervene and initiate a never ending sales cycle that could result in delaying the client moving in or disappoint new staff on their first day.

Avaya are currently adding a reseller interface and reseller finder so customers can identify who their provider is in the website. Within the site, resellers will have access to current orders and customers on the system.

Roberto wrapped up our call by concluding that Avaya is close to providing an “Amazon-like experience” when shopping for UCaaS. I can’t stress how important it is to review how consumers buy when assessing how your business customers buy from you as a business. Everybody is a consumer. If it’s easy to buy technology in the consumer world, the business world should replicate this customer experience.

Avaya’s self-service UCaaS platform is available in Germany today at Avaycloud.de and will likely be rolled out through the rest of EMEA and the Americas shortly. Keep your eyes peeled on UC Today for more Avaya news or reach out to your Avaya account manager to get involved with the self-service scheme.