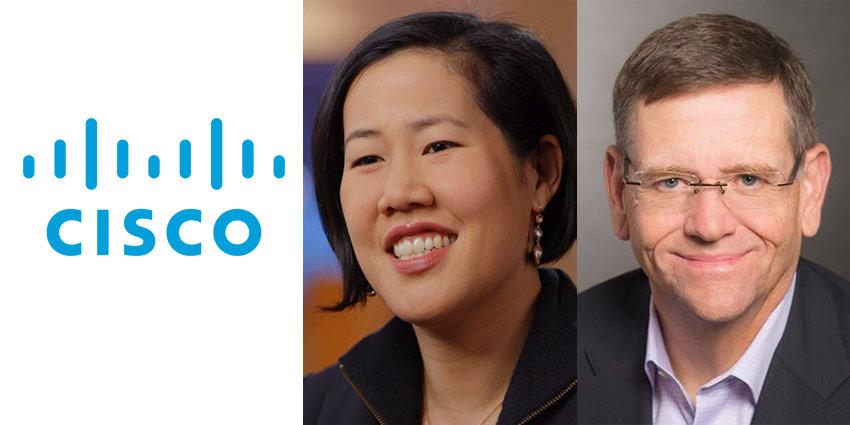 Data and storage powerhouse Western Digital just hired one of Cisco’s top executives as its next CEO. David Goeckeler (pictured, above), the soon-to-be-former head of Cisco’s $34 billion networking and security will start his new role on March 9, replacing Steve Milligan, who announced his retirement in November.

Goeckeler currently acts as Cisco networking and security’s Executive Vice President and General Manager. He also leads a team of more than 25,000 engineers, overseeing market acceleration, development operations and more. Todd Nightingale is his successor and one who has spent eight years with Cisco. His current role is the head of Cisco Meraki.

Goeckeler, a 19-year Cisco veteran helped the company reach its status as the largest IT security vendor, and Western Digital hopes to capitalize on his expertise. Justifying why the company poached Geockeler, in a statement, Western Digital pointed to a few of Goeckeler’s career highlights:

“Under his leadership, the security group acquired and successfully integrated multiple companies, solidifying Cisco’s place as the largest IT Security vendor in the industry”

Cisco’s losing another one of its top executives, Amy Chang, EVP and General Manager of Cisco Collaboration (pictured, above). Chang said she was ‘taking a leave of absence,’ but did not specify as to why or if she would return to her role. Sri Srinivasan will act as Chang’s replacement for now although she could return in the future.

Chang has been with the networking company for four years, and in her role as EVP and General Manager of Cisco Collaboration for just under two years leading a team of 5,000 employees. During this time, Chang assisted with several acquisitions, including the Sept. 2019 purchase of California-based voice AI firm Voicea.

Meanwhile, Cisco said it told employees about its plans for a “next phase of strategy for Cisco” last week. The strategy in which the company laid out included executive leadership changes. Cisco’s plan is said to include a revamped engineering team layout designed to “drive and accelerate growth, innovation, and transformation in this next era of cloud.”

Jonathan Davidson, head of Cisco’s service provider sector since 2018, was named SVP and GM of mass-scale infrastructure. Cisco’s new future technologies and incubation group is now led by Liz Centoni, having most recently been in charge of  Cisco’s cloud, compute and Internet of Things division.

All this comes a week after the Wall Street Journal reported, Cisco would layoff an unspecified amount of employees, maintaining it would ‘support’ employees impacted by layoffs. After Coronavirus scares sent the global market into a panic, with governments imposing quarantines, and companies hoping to combat the spread of the virus by implementing remote and work-from-home policies for employees, tech companies across the board undoubtedly feel the impacts of the virus when it comes to their bottom line.

Even before Coronavirus made headlines and sent global markets into a whirlwind, Cisco was reporting an almost four percent fall in revenue as well as forecasting continued downward momentum. We reached out to Cisco and are awaiting a response on several inquiries and will let you know if/when we hear back.