How is Kaizala different from Teams?

Leading technology and communications company, Microsoft, recently announced that they would be bringing the Microsoft Kaizala app into the Microsoft Teams portfolio. 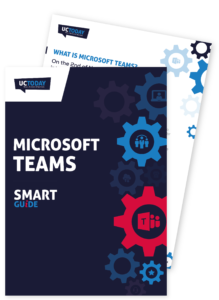 The Microsoft Kaizala solution offers a messaging experience, a lot like WhatsApp, which is intended to help companies make the most of interaction with Firstline workers. Available in both paid and free versions, Microsoft Kaizala comes with the opportunity to connect with anyone, using a multi-directory open strategy.

The question is, with Microsoft Teams already offering features like instant chat, mobile applications, and even Shifts for Firstline workers, why do we need a Kaizala integration at all? Is this just Microsoft rolling out a handful of the same features and giving the tool a different name?

Let’s try to get to the bottom of it.

What is Microsoft Kaizala?

Microsoft Kaizala is the Office 365 app for firstline workers, brought to us by Microsoft Garage. Essentially, it’s designed to empower employees by giving them access to the tools they need to connect with their team members and manage their schedules. Sound familiar?

On the surface, Kaizala does seem very similar to Microsoft Teams. It gives companies the options to manage groups just like they would on Teams, and message their colleagues. You can also gather useful analytics through Kaizala about your workforce, and access Office 365 applications – just as you would with Teams.

Kaizala has been very popular in India since its inception in 2016. That’s because it can work on a low bandwidth – making it excellent for people who don’t have access to high-speed internet. While people do seem to like the functionality that they get on Kaizala, a lot of customers are left question how it’s any different from what they can already access on Teams?

The most obvious overlap between Kaizala and Teams comes with the arrival of the “Shifts” tool for Microsoft Teams. Kaizala has always worked very similarly to StaffHub (the previous name for Shifts), providing first line workers with an intuitive interface for group communication, schedule management, and time sheets.

While Shifts is very similar to Kaizala, by bringing shift management into Teams, it’s worth noting that the two apps aren’t exactly the same. One thing worth noting is that the way you use the two apps is different. When you sign into Kaizala with Microsoft, you register a phone number – just like you would with WhatsApp. You don’t need to remember a password or username, and you don’t have to log-in every day. You can also sign into the Pro version of Kaizala to access your Office 365 resources.

The “open directory” approach to Kaizala means that it’s much easier for companies to give contractors and temporary employees access to the services that they need. It’s also easier to enable services for first-line workers who might not have a corporate email account, work computer, or smartphone. Ultimately, Shifts is more about giving support to your in-office long-term employees through Microsoft Teams. Kaizala takes a more flexible approach.

According to Microsoft, Kaizala was designed to address some of the key challenges that companies faced when they were trying to work with flexible first-line workers. This app is aimed more specifically at contractors and temporary workers. According to the General Manager of Workplace Collaboration at Microsoft, Lori Wright, it’s meant to be a compliment for Teams.

While Teams and its Shift solutions provide support for employees that are authorised with a Microsoft Account, or in the Active Directory, Kaizala is intended for transient workers that you don’t want to embed into the corporate hierarchy. A lot of large companies with shift workers and front-line workers see significant turnover in their employees. Consider the employees in a ski resort; for instance, there will be employees that work permanently with the team, and there will be other, transient workers that only come in for a single season.

Kaizala is excellent for workers that are jumping in and out of the workforce. It ensures that you don’t have to reformat your entire team environment whenever someone new comes into the organisation. All you need to do is input a phone number, and your new employee can work with anyone in your organisation.

There are already various companies using Kaizala and Teams together, according to Microsoft, including airline operators. In these fast-paced environments, companies can turn to Teams for day-to-day project management and team collaboration. On the other hand, Kaizala can be available for the service and shift staff that might not be there as long-term.

Microsoft said in a blog post that it would be delivering Kaizala capabilities into Microsoft Teams as part of an integrated offering recently. This combination of tools isn’t just about adding more of the same to Microsoft Teams. Instead, the company is hoping to make it easier for businesses to align their everyday employees with their front-line and temporary workers.

While there is an overlap between Kaizala and Teams in some places, Microsoft hopes that the integration will expand the reach of Teams functionality into new segments of workers in the current workplace environment. The company believes that there will be advantages to combining Kaizala and Teams for businesses that want a single platform to cover all the groups of employees that they work with, while simultaneously providing everyone with the same resources and security standards.

In a sense, Microsoft is looking to the integration between Kaizala and Teams to help it build a collaboration that can offer a little bit of everything to everyone. Whether that’s the result of the combination remains to be seen. On the plus side, Microsoft is committing to bringing new features and functionality to Kaizala in the meantime.

Already, Microsoft has announced the arrival of things like a Kaizala web app, which is currently in public preview, and the option to @mention individuals in a group conversation. Other roadmap features for Kaizala to come in the months ahead include Azure Active Directory sync, email invites, and the option to assign dedicated administrators to Kaizala policies.

The group messaging feature at Kaizala app is what got me in. It allows unlimited members on its groups. The feature is going to give a tough time to Facebook groups which more or less is dead. The posts aren’t seeing a good reach & open rate at FB. Fb’s algorithm is the one to blame for low engagement rate & slim organic reach. I have joined a few Kaizala groups and the experience is great.

I very much doubt that Kaizala was “designed” to be a compliment for Teams, I think that given both solutions originated from different departments it’s now “positioned” as a compliment to Teams.

I suspect as the guest experience for non-domain participants in Microsoft Teams is sub-optimal, Microsoft will work quickly to integrate the two platforms so that partners, suppliers, customers, employees etc. can collaborate more effectively across the digital supply chain.

This is a key issue for Microsoft and although the underlying architecture of Groups and AAD make Teams secure, it also impedes collaboration for all but internal employees.