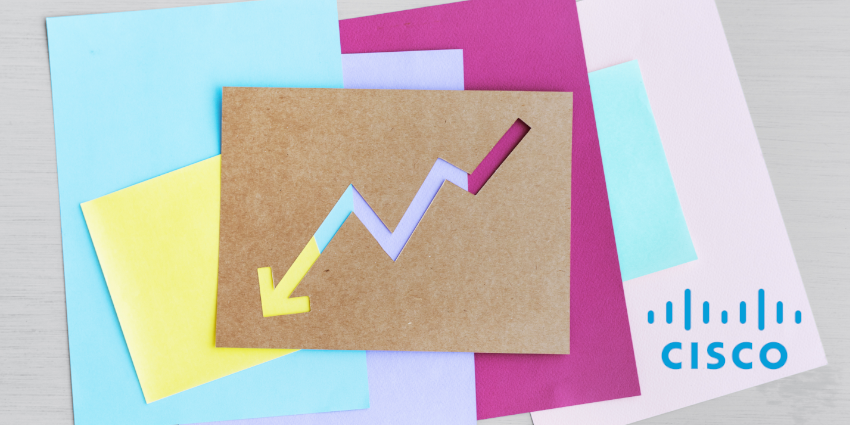 Last week, Goldman Sachs Analyst, Rod Hall, downgraded Cisco’s stock, deeming it ‘no longer a viable investment opportunity,’ citing a decrease in corporate spending on technology. According to an NBC report, the Unified Communications giant’s stock value went from $56 to $48 based on fears that trade uncertainty might hurt the company’s ability to make a profit.

Experts, across the board, share a widespread view of what this means for Cisco, which offers some of the most valuable solutions in the UC and collaboration market such as Cisco Webex Calling, Teams, and its Unified Communications Manager.

What Are Experts Saying?

After the news of Cisco’s downgrade broke, the internet went into a whirlwind of speculation. This is especially true for analysts, who can’t seem to agree on what the devaluation means for Cisco, leaving them split into those who feel its an excellent time to buy Cisco stock and those who disagree.

Hall, who lowered the stock, wrote he believes ‘enterprise spending will further weaken and telecom spending will remain depressed’ during the next six-to-eighteen months. In an explanation, he expanded, saying:

“In the telecom segment, we’re concerned that negative trends could persist well into 2020, driven by carrier pauses ahead of 5G and needed carrier network automation implementation”

Goldman’s recent value-added reseller survey ‘was negative,’ Hall shared, particularly on enterprise spending trends. In the report, Hall wrote, he believes this correlates with a ‘lack of confidence in large enterprises driven by trade volatility as opposed to a broader macro slowdown.’

What Does a Stock Downgrade Mean for Cisco?

To diversify its UC offerings and increase investor confidence, Cisco may go on a shopping spree, once more flexing its spending power, which they’ve been known to do before. After last year’s merger with BroadSoft, Cisco augmented its offering, making much-needed software improvements. As a result, Cisco customers and partners now sit at an advantage, thanks to BroadSoft’s powerful BroadWorks calling solution.

When combined with Cisco Webex’s portfolio for Collaboration, they have a fairly compelling proposition that can enhance UX and CX, standing out above all the noise in the UC space. Cisco also acquired CloudCherry to offer enhanced cloud data analytics.

With many new vital purchases under its belt – it is hard to imagine Cisco won’t thrive in an environment where Cloud Collaboration, Contact Center, and Conferencing software have such high business value for enterprises.

What’s Next for Cisco?

Because of its mixture of tools that extend flexibility, agility, strong telephony functionalities, and collaboration functionalities, all tied in with robust products like its IP PBX, Cisco should prevail following the devaluation. What they might struggle to do, is change investor sentiment.

If they can do this, the UC vendor could emerge on top, despite the low confidence expressed by shareholders. What I do not believe Cisco’s stock downgrade will do, is deter would-be partners, customers, investors, and those who see the value a suite of UC, Contact Center, Conferencing, and Collaboration Endpoints offer enterprises. For now, only time will tell what the stock downgrade means for Cisco.