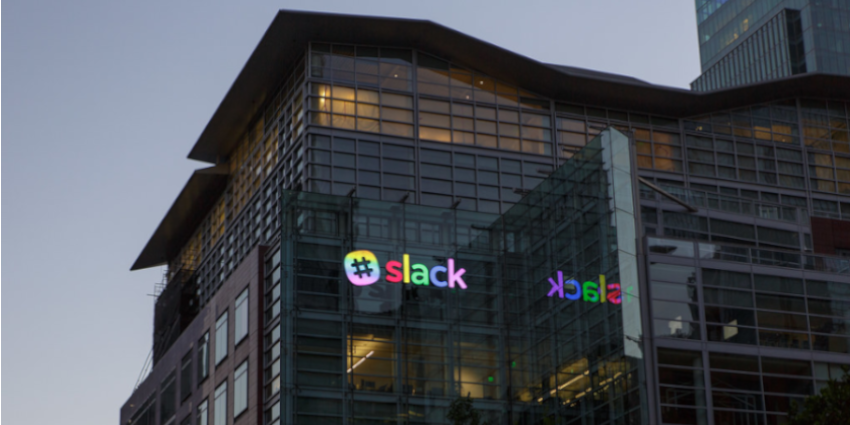 Slack has announced it’s delivering an ‘improved user experience on its iOS and Android mobile apps. The update rolls out to users starting today, and offer an improved navigation experience, quick access to set user availability, and status while on the go.

Slack’s all-new mobile experience features another handy functionality, an accessible ‘compose’ button, along with shortcuts to apps and workflows you access the most. In a statement, a spokesperson said using Slack on mobile devices is ‘Essential for collaborating with teams while you’re away from your desk, especially as people adjust to working remotely and develop new habits for collaborating.’

A spokesperson further shared, the novel Coronavirus caused developers at Slack to rethink its mobile apps. The goal this time around – to make them ‘Easier to navigate and optimized for using Slack on the go.’ She added:

“We wanted to make it simpler for people to ‘catch up, respond to DMs and mentions, send messages, as well as work on-the-go with Slack’s new shortcuts feature'”

I want to highlight the latter feature, ‘shortcuts,’ because it is a significant upgrade from Slack’s previous mobile experience. During the development phase, this time, Slack said it did not want to replicate its desktop app, “We  wanted to create a new experience for Android and iOS users, I was told.

Previous versions of Slack’s navigation feature were confusing, a long-standing criticism of the platform (otherwise known as Slack’s lack of user-friendliness). Quick gestures now navigate you away from any tab. A simple swipe right opens a list of your ‘workspaces.’ Swiping left takes you back to your last conversation. When you’re in a conversation, you can swipe right to access your last tab. Users can access all this via any visible onscreen buttons, too.

Slack also moved the ‘Call Button’ into the DM and group DMs interface so you can hop on a call with colleagues on-the-go. The company’s recent overhauls come as collaboration and unified communications providers experience record-breaking adoption in industries that now thrive thanks to apps like Microsoft Teams, Zoom, and Slack.

Slack and Microsoft have long been rivals, but Slack CEO, Stewart Butterfield, argues the two are not in any real competition. Microsoft does not consider user interactions within its mobile app. Slack, on the other hand, does. The company places a heavy emphasis on mobile usage, and has reported, 76 percent of those with the workplace collaboration app use it on their mobile devices. In November, Slack reported five billion actions performed in an average workweek, with more than one billion of said actions occurring on mobile devices.

Slack last reported its daily active user count last year, and at the time, it was 13 million. Back in March, Slack debuted a simpler, more organized platform for desktop users, in addition to adding a new set of visual development tools in early March. Slack’s redesign was aimed at developers, those with limited-technical experience, and those with no development experience. The new Slack now offers a lot more for desktop and mobile users, like the ability to customize sidebars as well as changes that shorten processes like on-boarding.