Here are your options - Introducing the XMedius Solution for Unified Messaging

Over the last couple of years, some significant changes have been happening with Microsoft, particularly in the Unified Messaging space. As well as no longer supporting SBCs for the Exchange Online UM environment (December 1st, 2019), the Exchange Server 2019 is also omitting UM functionality entirely.

Companies that have been relying on Exchange for their Unified Messaging (voicemail etc.) solution need to pivot quickly to preserve this crucial functionality going forward. Customers using an on-premises PBX who want to upgrade to Exchange 2019 will either need to switch over to a third-party UM offering or consider replacing their PBX with Skype for Business or Microsoft Cloud Phone System and start using Microsoft’s Cloud Voicemail service.

XMedius is a company that has emerged as a solution for companies unsure where to go next with their unified messaging strategy. XMedius offers modern Microsoft customers a flexible and secure enterprise-class UM solution that allows them to carry on using their Skype for Business Server and PBX investments until they’re ready to transition into the cloud.

I spoke with Tom Minifie, Vice President and General Manager from XMedius, to learn more.

What’s the Challenge for Today’s Businesses? 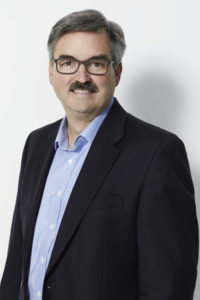 Back in 2017, Microsoft announced that from an Office 365 perspective, connectivity between the on-prem PBX and exchange online was going to be cut off.

The second shoe that dropped was that Microsoft would no longer be supporting UM functionality at all for Exchange Server 2019. This means that companies can no longer get any unified messaging support from Microsoft for third-party PBXs. The Exchange Server on-prem customers were left to either move to Office 365 and replace their PBX, or find a third-party UM alternative.

While one option for Microsoft’s customers was to rip and replace their entire on-premises PBX in favour of the still-evolving Microsoft Cloud Communications package, not every business is ready to do that. XMedius XM Connect aims to offer an alternative solution that allows users to leverage the existing on-prem phone system in the infrastructure. After all, replacing an enterprise-class phone system platform can be a very expensive project.

XMedius XM Connect delivers Unified Messaging functionality to Office 365 and Exchange while integrating with current and future investments for PBX and Skype for Business functionality. The solution works perfectly with PBX and IP-PBX phone systems from companies like Cisco, Avaya, Mitel, NEC and more. It also means that companies can keep on using Exchange UM Outlook forms. “Microsoft wants you to look at Microsoft Teams as the next step in your voice strategy, but not all companies are ready to make that move to Office 365 Cloud Phone System.”

“Some companies are simply not ready to replace their PBX, or have reasons to keep their solutions on-premises”

Which Companies are Most Affected?

I asked Tom which kind of companies are having the most trouble with the discontinued UM support issue. “If you have a large investment in your PBX estate, multiple brands, multiple locations and so on, then a third-party UM is usually a good fit. Customers that need rich voicemail, speech recognition, transcription features and so on need that solution too.”

Microsoft’s suggestion to simply switch to Office 365 and the cloud calling environment just isn’t going to appeal to everyone – particularly businesses that have a lot of complexity and compliance issues to think about. A lot of XMedius customers have multiple locations to think about and links to PBX brands in multiple locations. “Exchange could provide what they needed in the past through UM, but that’s not going to be an option anymore.”

Businesses who have gotten used to the functionality of Unified Messaging are likely to be reluctant to change to something that doesn’t have the same flexibility. Health, finance, education, government, and other highly-regulated industries are some of the ones that might struggle most with the move.

How Does XMedius Offer a Solution?

According to Tom Minifie, there are still a lot of customers out there – particularly in the enterprise space, that still need the UM environment. These companies are reluctant to store their information on the cloud and move to a full cloud environment. They want to keep their data on-premises, where they have full control over it. On top of that, they don’t want to pay the extra costs that come with paying for a Microsoft phone system license.

XMedius XM Connect is all about giving companies the functionality they want from a UM solution. The brand currently has 3,000 systems under maintenance, including more than 900 universities and healthcare customers. The solution provided by XMedius offers a continuation of the functionality that these companies experienced with the Exchange Server, including rich voicemail, personal assistant, speech recognition, and speech transcription.

What’s more, XMedius can deploy the offering that they have for their customers in any model, either in the cloud or on-prem, with existing messages that migrate across to the new space.

“Microsoft has been really focused on Teams for the chat experience lately and multi-threaded messaging. However, it seems like their focus is mostly on the internal communications that happen in a company. They don’t have the most comprehensive experience to offer for external communication. While the cloud communications phone system is there, it’s not the complete offering that customers need.”

Where Does XMedius Come Out on Top?

XMedius has more than 35 years’ experience in the UC space and offers a compelling solution for today’s companies because it can deliver UM on the cloud, in the cupboard, or wherever customers need it.

“We can support existing messages and transfer them into your new system, and give you access to all the functionality that you need”

According to Tom, the more complex the communication environment is, the more likely it is that a customer will go with them because they’re completely agnostic. Additionally, the speech-to-text and transcription offerings that XMedius can provide is a big differentiator for the brand too. Customers that have gotten used to accessing those features from Microsoft don’t want to take them away from their end-users now.

XMedius is the solution for companies that want feature parity, business continuity, and consistency for them and their end-users.

Find out more about XM Connect on the official site