My Home → Unified Communications → Most Popular UC News Stories from 2018

Most Popular UC News Stories from 2018

Some of the best stories this year 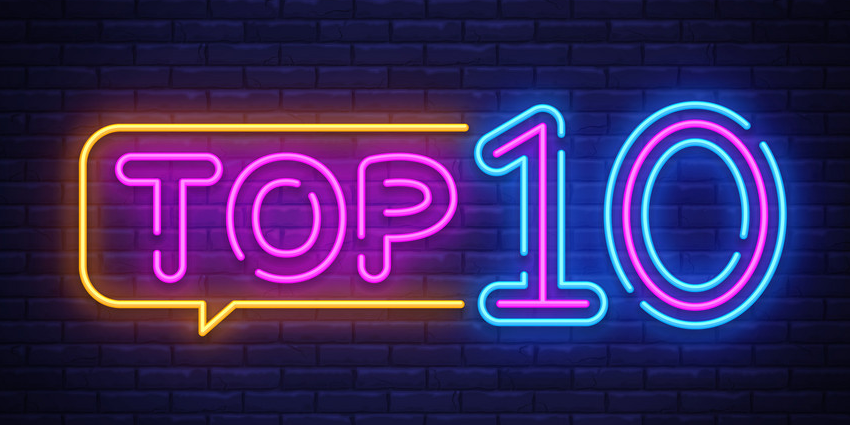 It’s been an incredible year in unified communications, with disruption, transformation, and innovation appearing from almost every angle. We’ve seen the need for collaboration tools skyrocket over the last 12 months, while AI-infused solutions like virtual assistants change the way we work and play.

Various vendors have continued to consolidate their offerings in an attempt to deliver more comprehensive experiences to the end-user, while experience remains the most important consideration for businesses of any size.

With 2019 just around the corner, I thought now would be the best time to look back over some of our biggest news stories this year, and discuss what they’ve told us about the UC landscape…

For the first portion of the year, it seemed like everyone was always talking about GDPR. Organisations from every background were rapidly re-thinking their approach to security and privacy in a world where the meaning of “consent” was about to drastically change.

However, when the 25th of May rolled around, and GDPR was officially introduced, we the impact was nowhere near as dramatic as we had expected. After a single day of bulk emails sent to customers around the globe, the whole conversation around GDPR seemed to die down into nothing but a whisper. Perhaps it’s a sign that we’re more prepared to deal with legislation changes than we think.

The Gartner UC Magic Quadrant is one of the most significant talking points of the year – essentially, it’s like the Grammys or the Baftas for communication. However, this year, we didn’t see much of an impact to the top spots in the Gartner list. Cisco, Mitel, and Microsoft continued to lead the way as the biggest ‘legacy’ UC vendors in the market.

The only significant point worth noting was the fact that Avaya managed to hold their position on the VIP list, despite a rocky year in 2017. Gartner loves its legacy vendors, and Avaya’s appearance in the top spot is a sure sign that the company is coming out of bankruptcy bigger and better than ever.

Probably the biggest outrage of 2018 in the UC sector came when Microsoft had the nerve to introduce a brand-new consumer Skype that felt nothing like the original application. The updated tool worked more like a social media app than the calling system we’d come to know and love, causing countless customers to complain that they had lost their favourite VoIP service.

We can only hope that Microsoft has paid attention to the (somewhat aggressive) feedback given by their customers this year and that they think carefully before introducing any similar updates in the future. With Microsoft Teams poised to do big things in the collaboration market, Microsoft really can’t afford any mistakes that might lose them more loyal customers.

Speaking of the collaboration sector, Cisco binned their previous “Spark” system, only a couple of years after it was introduced in 2015. Fortunately, the communication leaders quickly replaced Spark with something new – Webex Teams – a collaboration solution built on the well-established Webex brand. Essentially the same platform, just a re-badged edition.

The response to Webex Teams has been quite good, particularly among people who are already familiar and comfortable with the Cisco portfolio. However, it remains to be seen whether Webex Teams will hold its own against contenders like Slack and Microsoft Teams.

After a while of rumours this year, Mitel finally revealed that they had agreed to be purchased by an investor group led by Searchlight Capital partners. The acquisition cost around 2 billion to complete and left us wondering whether Rackspace’s owner will finally have what they need to piece together the puzzle for their cloud proposition once and for all.

We’re yet to see significant evidence that it’s a brand-new world for Mitel’s buyer, but there’s still time for changes to take place as we go into 2019.

When Slack first introduced their collaboration solution a few years ago, no-one had any idea just how powerful the collaboration marketplace would be. Fast-forward to 2018, and collaboration is one of the biggest buzzwords of the year.

Two of the biggest contenders for 2018 were Microsoft Teams and Cisco Webex Teams. While Cisco has a strong background in the communication space and plenty of loyal customers, they’ve also seen some serious problems when it comes to innovating and introducing new ideas. On the other hand, Microsoft has been racing ahead with killer new updates to their app, and an incredible all-around experience. Microsoft Teams may be the app to beat in 2019.

This year, we were thrilled to introduce our very first annual UC awards, celebrating the biggest innovators across the customer experience, collaboration, and UC landscapes. We had a lot of incredible applications to sort through when it came to make our decisions, but we ended up with a range of great winners, including Vonage for most innovative product, and RingCentral for best cloud communications provider.

We’re already excited about hosting the awards again in 2019, and we can’t wait to see how the landscape has changed by the time the virtual-trophies come out!

The rumour mill was certainly churning at full-speed in 2018, with people from all backgrounds suggesting that Samsung might have been making its way out of the business communications market once and for all. However, for the time being, there hasn’t been any sign of a formal exit.

Although Samsung hasn’t been as active in the UC landscape recently, we’ve not seen any press releases or even comments from business leaders that suggest that the company is ready to hoist the white flag. Until new insights arrive in 2019, it might be time for us to treat these whispers as nothing more than gossip.

As we enter the era of “video-first” communications, Zoom has been leading the way with new innovations throughout 2018. During their Zoomtopia annual user conference event, Zoom revealed their new “Zoom Voice” feature, allowing them to offer a complete UCaaS solution for their already-devoted video customers.

Over the last year, Zoom has seen incredible triple-digit year-on-year revenue growth and a 150% increase in their customer base. It seems likely that the business will continue to thrive in 2019, and we can’t wait to see what they accomplish.

10. Breaking Down the Language Barriers in the Workplace

Finally, companies have been talking about the growth of things like natural language processing, translation, and artificial intelligence for some time now, but few companies have taken the desk phone to the next level quite like Avaya. I was lucky enough to visit the Avaya R&D lab for myself, and work with a Vantage endpoint that translated other languages in real-time, in front of my very eyes!

The real-time translation solution is a sure sign that there are some amazing things set to come from both Avaya and the UC marketplace in the years ahead. The world of work as we know it is changing and the future is officially here.

Do you agree with our list of the biggest stories for 2018? What were your favourite discussions or announcements? Let us know in the comments below!