My Home → Unified Communications → UCaaS → Business VoIP – What is VoIP and How has it Evolved?

Business VoIP – What is VoIP and How has it Evolved?

The changing definition of VoIP 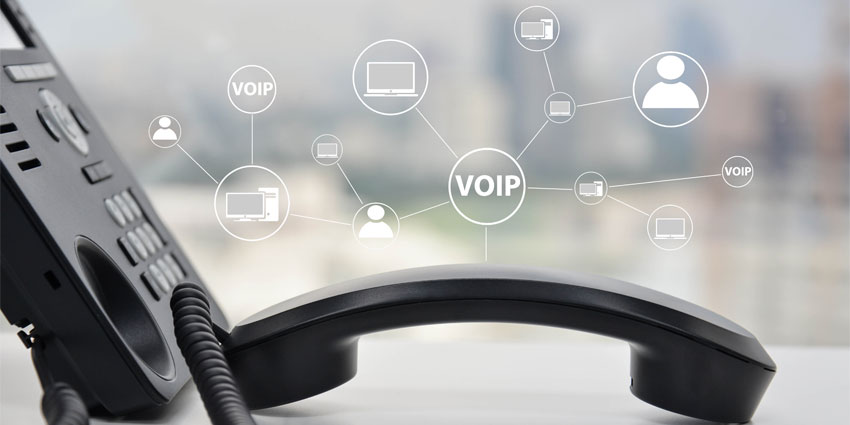 Voice over Internet Protocol, or VoIP, is an integral part of the modern-day lives of many people and business owners across the globe today. Over numerous decades, the technology has evolved drastically, shaping the current trends of things like VCaaS, CCaaS, UCaaS, and more. However, even in a world where “VoIP” has become a common term, businesses are struggling to understand what it means.

VoIP promises the benefits of simplified communication processes and more convenient interactions. As a way to reduce the cost of day-to-day conversations, and improve the reliability of critical discussions, VoIP is a highly sought-after technology. However, as the marketplace has evolved over the years, VoIP’s definition has transformed with it.

Today, VoIP is more than just “voice” over an internet protocol (SIP), it’s an opportunity to access video, content, and other forms of crucial data in a rapidly transforming communication environment.

What is VoIP: The Basic Definition

The term “VoIP” stands for Voice over Internet Protocol. The restricted nature of the term means that it’s a little bit outdated today, as people rely on VoIP for more than voice alone. Today, people use VoIP to make calls that include content and video, using the reliable and secure connections offered by SIP. Additionally, the “phone” aspect common with VoIP in the past is no longer as essential as it used to be. Today’s users can access their VoIP tools on their smartphones and through soft-phone technology.

The co-founder of VolaTech, Alan Cohen, is generally credited with being the first person to invent VoIP in 1995. However, more than 2 decades have passed since then, and VoIP technology has evolved drastically as a result. Initially, VoIP systems were simply designed as cheaper alternatives to making long-distance calls. Today, they’re at the heart of many communication systems, providing easy access to internet-based conversations in virtually any environment.

The Evolution of VoIP Technology

During the early days, VoIP was an exceptional way to access next-level communication technology. However, it was still reliant on the internet connection that predominantly sat on top of dial-up links and leased lines. This meant that VoIP still needed access to the traditional PSTN network. The result of dependence on PSTN was somewhat unpredictable call quality. Dial-up lines were designed to handle the rich data connections available through VoIP. Additionally, leased lines meant that the transmission of data alongside voice was impossible. This meant that “voice” was the only option.

Fortunately, when broadband arrived on the market, subscriptions to VoIP started to increase at a rapid pace, thanks to the arrival of new, line-free connectivity. VoIP systems were finally able to take advantage of thinks like increased bandwidth and the “always-on” nature of constant connectivity. Broadband also opened the door to further advancements in communications technology. For instance, in 2003, Janus Friis and Niklas Zennstrom came together to purchase Kazaa – a file and video sharing software. They developed this technology until they eventually created what we would come to know as Skype.

Skype had a massive impact on the communications market as we knew it with affordable connections and improved call quality. For small fees, users could connect with users in virtually any part of the world. In 2003, Vonage also emerged as the first VoIP platform to provide 911 calls too.

Soon after Vonage and Skype emerged on the market, the Federal Communications Commissions declared that VoIP was no longer a “telephony” service and that it was an information service instead.

The International VoIP calls market is predicted to hold the significant share of all conversations by 2025, according to insights from Global Market Insights. Additionally, by 2020, the VoIP market is projected to hold a value of around $204.8 billion, driven by rising demand for more dynamic and agile communication offerings.

As businesses become increasingly mobile, and the adoption of unified communications and other communication solutions as a service increase, the need for VoIP will only accelerate. Until a few years ago, larger businesses were forced to pay for expensive in-house tools to manage their communication and collaboration services in-house. Now, as-a-service solutions delivered over the cloud mean that companies can even have their VoIP managed for them by a third-party vendor. This makes adopting, provisioning, and maintaining VoIP easier than ever.

What’s Next for Business VoIP?

Although the term “VoIP” might be a little out of date in the current landscape, the technology itself is growing increasingly more innovative and exciting. The rise of new technologies in the marketplace will continue to have a significant impact on the way that we experience and define VoIP going forward. For instance, 5G technology – the fifth generation for mobile communications, will bring ultra-fast mobile internet into the mainstream for today’s mobile workers. This will make it easier for companies with dispersed workforces to access the high-level connections and bandwidth they need for high-quality voice and video calls on-the-move.

There’s even the potential for artificial intelligence to change the way that we think about VoIP, with intelligent assistants improving the connections that we make on a day-to-day basis. Today’s business owners can already launch and manage their business calls by using voice command with a smart assistant, rather than having to set up and use a complicated piece of hardware.

VoIP, as we know it today, is a far more advanced offering than the simple solution; we once had for reducing the cost of cross-country calls. In the years to come, the definition of VoIP is likely to continue changing, affected by the ever-evolving nature of communications technology. In the years to come, we may find that IP telephony takes on a new title entirely.